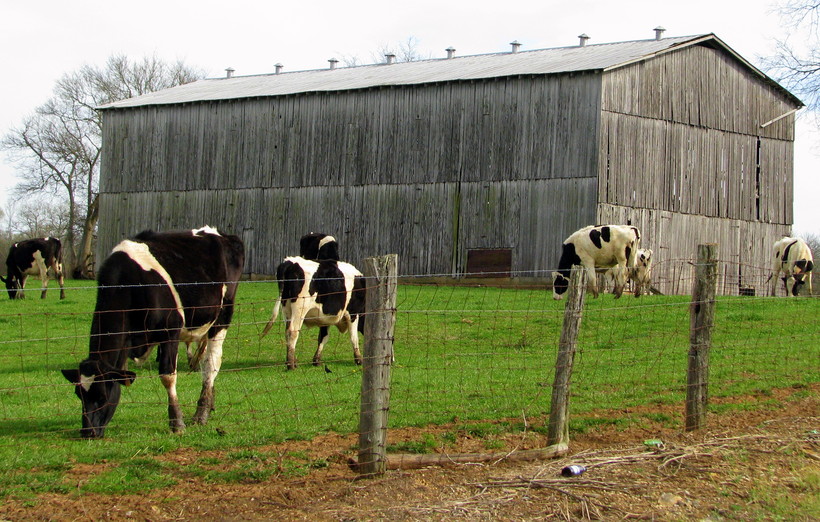 Dairy Farmers Band Together To Pay For Clean Drinking Water

Kewaunee County Has One Of The State’s Highest Concentrations Of 'Factory Farms'
By Patty Murray
Share:

The quality of drinking water in Kewaunee County, home to about 20,000 people on the lower half of the Door Peninsula, has been a longstanding issue. Now, thanks to the efforts of a local nonprofit comprised of area dairy farmers, private well owners facing contamination may have a solution.

Under a partnership of county officials and Peninsula Pride Farms, homeowners with wells that have tested positive for E. coli by a certified lab will be eligible to receive up to three months of clean drinking water. In addition, PPF will bring in an outside party to inspect the well and pay up to half of the cost to install a water treatment system.

PPF, a coalition of 43 local dairy farmers in northeastern Wisconsin, was founded in March to provide immediate solutions for longstanding issues like groundwater contamination, said Don Niles, the group's president.

Niles said the idea for the group originally came from a task force that included partnerships with the Wisconsin Department of Natural Resources and the Environmental Protection Agency.

The group’s latest effort, Water Well, was announced at a press conference Wednesday.

The program won’t cover wells with nitrates or other pollutants, but will help with E. coli — a bacterium that can cause serious infections — regardless of where it came from. The county is home to 16 Concentrated Animal Feeding Operations, or CAFOs.

The co-founder of a local environmental group, Nancy Utesch, said "while there may be various sources that may be the cause of contamination we do know that farm runoff is a huge problem where we live."

Cindy Kinnard, Kewaunee County Public Health director, said at Wednesday’s event the infection is "one of the most serious illness-causing bacteria found in private wells."

It typically causes 3-4 days of illness in the average person, but can be more dangerous for children, elderly and people with suppressed immune systems.

"In some cases, it can even be life threatening," she said.

Kinnard said the health department’s goal is to provide safe drinking water for every resident in the county.

"We often are faced with the question: 'How are you going to provide safe drinking water for people who are experiencing E. coli contamination?' We are very excited to finally have an option to offer people," she said.

Kinnard said approximately 2 percent of tested wells in the county have been E. coli positive.

The county will then do three things, according to Bonness: They will advise the residents to not drink the water and to the DNR to report the contamination, the county will initiate its own well contamination event protocol, which includes notifying adjacent landowners within a half mile and finally, they will provide the resident with PPF’s contact information.

According to previous reporting done by WisContext, most homes and businesses within the county depend entirely on groundwater for drinking water, with less than 2 percent of the population getting their water from public utilities.

"A lot of this groundwater is under relatively thin soil and bedrock with lots of cracks in it, a type of geologic formation known as karst," according to WisContext. "This foundation can make it easier for bacterial contaminants to seep in not only from farms, but from leaking septic systems as well."

"I’ve heard directly from Wisconsinites in Kewaunee County who are living without clean drinking water, and I’ve been working to make sure their voices are heard and that their concerns are being addressed seriously and swiftly," Baldwin said in the statement. "There is still much work to be done and with the constructive conversations and actions that we’ve had in Kewaunee County, I look forward to further progress."