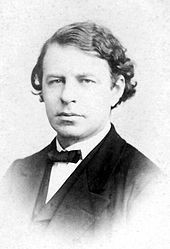 Violinist Joseph Joachim was one of the best, and he performed all over Europe. He learned where to play and where not to play, as he wrote in a letter to Clara Schumann from London at the end of July 1858:

I don't think ti's very kind or trustful of you to suspect me of going on a tour for money which, no reputable artist would otherwise make. As rebuttal I inform you that Hallé, Piatti and your humble servant had planned to test the English people's solid and apparently growing taste for chamber music and to see how it would reward the artists.

In that regard, I don't have anything to complain about here. I might have earned more if I hadn't turned down all private engagements, which would no doubt have brought me more than another hundred pounds. I turned down other engagements too, for example, three at the Crystal Palace. i turned them down just because I don't see any reason why a foreigner should make an adjustment for English bad habits.

No matter how fine a place the Crystal Palace may be to visit, and no matter how much I may respect the English people for maintaining such an expensive wonder at their own cost and without any help from the government, as a place for music it is a monstrosity, unless you have several thousand people singing or playing there.

To perform as a soloist in that place is like declaring yourself the youngest in a swarm of gnats. But more than anything else in my life, that spectacular glass temple makes me regret that I'm not an organist. To hear Brahms play there on one of the many beautiful organs-particularly the big one in the middle of the building-would be outstanding.