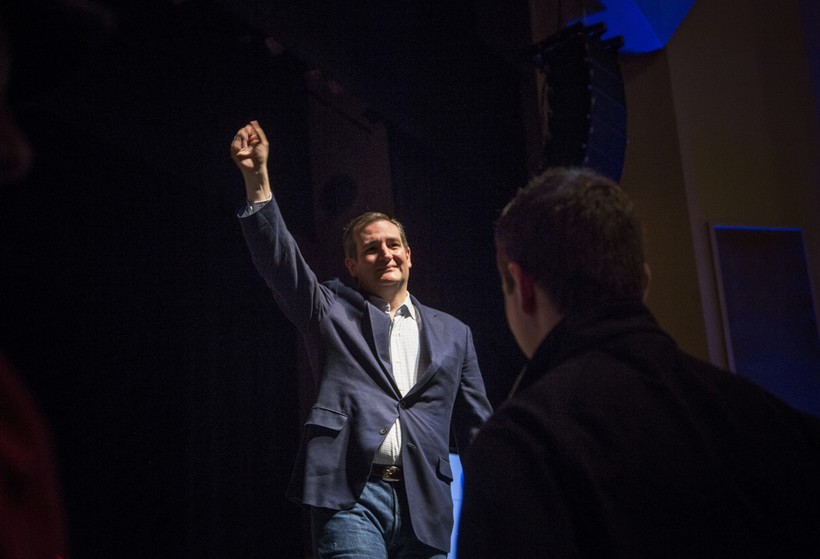 Cruz Rides Wave Of Walker Endorsement As He Campaigns In Wisconsin

Following an endorsement of his presidential bid by Gov. Scott Walker on Tuesday morning, Republican candidate Ted Cruz kicked off a day of campaigning with a rally in Brookfield.

His former rival for the nomination, Carly Fiorina, joined Cruz on the stage outside Milwaukee. She said she cast her own ballot for him for one simple reason.

"A constitutional conservative understands that their job is to disperse power back to where it belongs, back into the hands of citizens and communities and states," she said.

Cruz focused on how he would secure the country, protect religious freedom and drive job creation.

"You want to see the economy take off, it's real simple. Take the boot of the federal government off the back of the neck of small businesses," he said.

Cruz vowed not to compromise on issues of religious freedom when it comes to nominating the country’s next U.S. Supreme Court justice and took President Barack Obama to task for not calling recent terror attacks in Brussels the work of Islamist extremists.

He closed the event by comparing this year's election to the year President Ronald Reagan won the White House from the liberal Jimmy Carter. Cruz said he has a clear picture of what Obama's lasting legacy will look like.

Cruz and the four other remaining presidential candidates are campaigning across Wisconsin ahead of the state's April 5 primary.