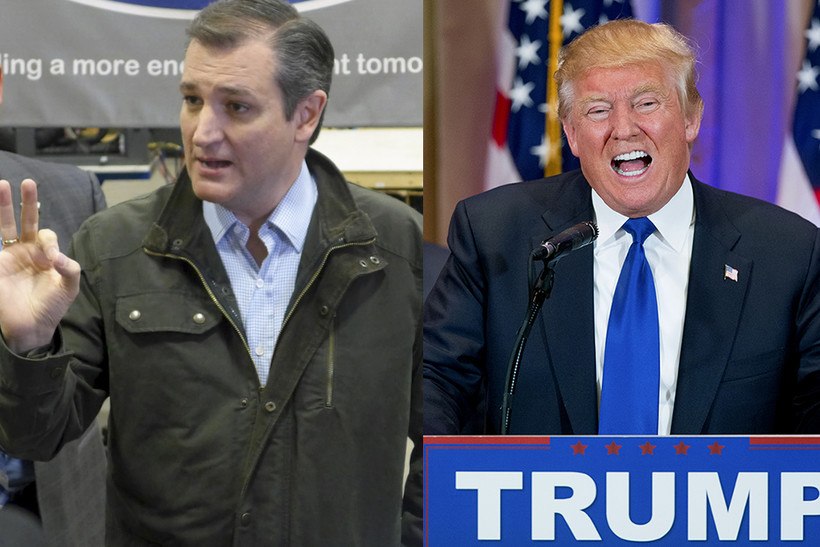 With less than a week to go before Wisconsin voters head to the polls for the state's presidential primary election, the latest numbers from the Marquette University Law School Poll show Ted Cruz has leapfrogged over Donald Trump in the Republican competition, while Democrats Bernie Sanders and Hillary Clinton remain in a tight race.

Here's a rundown of the poll's findings:

Marquette University polled 405 likely Democratic voters and 470 likely Republican voters over a mix of cellphones and landlines to collect the data on the presidential primary candidates.

On the Democratic side of things, pollster Charles Franklin said Sanders has some key support among certain demographics.

"Sanders plays to his strength with younger voters and to a lesser extent, more educated voters," said Franklin.

Sanders also may be cutting into Clinton's core backing of older, more traditional or moderate Democrats at least in the Milwaukee area, Franklin said. However, it's possible the numbers could change now that Clinton has begun to campaign more heavily in the state.

As for the Republicans, Franklin said Trump's level of support is the same as last month, but that Cruz appears to have picked up many backers when Marco Rubio, Ben Carson and Jeb Bush dropped out.

"I think for conservatives in the party, they may be more comfortable with Cruz. Kasich, for whatever reason — even though he has pretty high favorabilities and a decent comfort level — has not managed to catch on with a lot of GOP voters," said Franklin.

Franklin noted that the poll shows nearly two-thirds of Republicans see Trump as their party's likely nominee this fall.

The Supreme Court race numbers, based on a sample size of about 950 survey participants, shows Bradley's lead as having grown by a few points since a survey in February. Franklin said it appears the incumbent is weathering a controversy about her college writings that attacked gays and abortion.

"You did not see a dramatic drop in her favorability numbers," he said. "If anything, they are stable, and that again raises the question of what voters are tuning into in a low-visibility campaign."

Franklin said the relatively low-profile race may be why 18 percent of respondents reported being undecided in the race, less than a week before the election.