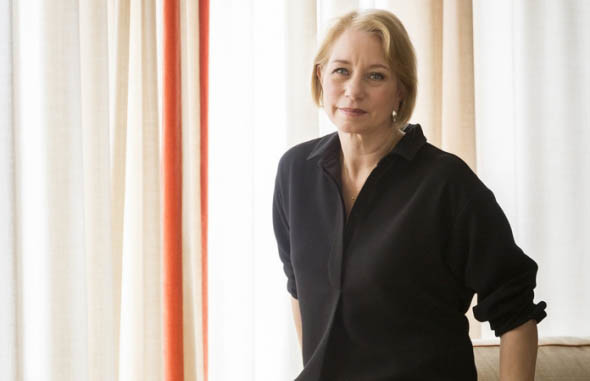 Since she wrote her debut novel in 1997, crime novelist Laura Lippman has made her mark in crime fiction.

Lippman was named one of the most essential crime writers of the past 100 years by Lithub. And her latest novel, "Lady in the Lake," combines elements of noir with an exploration of social issues such as race, gender and religion.

"It's always important to me to explore social issues," Lippman told WPR's "BETA." "When I started writing crime fiction in the 1990s, there was a sense that certain topics — the focus on what it meant to live in a particular city and its problems, class issues, economic inequality — all of those things were kind of on the table at the time for crime writers to write about.

"No one seemed to be that interested. Money is so central to so many crime novels that it allows us to write about class and economic inequality in a way that wasn’t always being taken advantage of in literary fiction."

"I see the crime novel as a particularly good vehicle for writing about the times we live in now and writing about certain issues as long as one doesn’t become polemical about them."

Lippman's latest novel is set in Baltimore in 1966, a "hinge year," she called it.

"Things are changing, there's a lot of stuff bubbling beneath the surface, but in many ways, the old order is holding on by its fingernails," Lippman said. "I found this terrific book called '1966,' which is a history of the year through its pop singles. And one of the key facts you find out when you read that book is that it’s a year in the United States where Roger Miller had a No. 1 song with 'King of the Road' and the Rolling Stones had a No. 1 song with 'Satisfaction.' And I thought, 'That's it. That’s a time period, that’s a culture that’s really breaking apart and that’s interesting to me.'"

Lippman wanted to write a novel about a woman who wanted to matter.

"It was a time in which no one would have spoken about women having it all. That wasn’t a concept yet," she said. "We were a little ways out from the Virginia Slims ads and the Enjoli ad where she said, 'She could bring home the bacon and fry it up in a pan,' that whole thing."

Lippman said that there were a lot of women quietly heading into the workforce in 1966.

"That did seem to me to be a key element of that era, of women beginning to look around and say, 'What if I wanted something more?' And especially a woman like Maddie in 'Lady in the Lake' who has a son who’s about to head to college and a husband who, young as he is, is already talking about retirement," she said.

"And there's a line early in the book where he asks Maddie, 'Well, how do you feel about the Atlantic side of Florida versus the Gulf side?' And she wonders, 'Those are my choices now, that’s all I get to decide is whether I’m going to retire in Boca or Sarasota?' And I think that really sparks something in her because she’s only 37 years old," Lippman said.

A chance encounter with an old classmate makes Maddie realize she has broken all of her promises to herself about becoming a writer and living an exciting and interesting life. So she leaves her husband, moves into her own apartment and has an epiphany during which she decides to become a newspaper reporter. But she discovers that the men who run the newspaper only see her as a possible clerical assistant or a secretary.

"So she has to find a story that’s small enough that they’ll let her work on it but potentially big enough that it will impress people if she breaks it open. And she focuses on the death of an African American woman whose body has been found in the fountain in the lake at a public park after a disappearance of many months that the daily newspapers have never acknowledged, in part because she is an African American woman and there’s very little interest," Lippman said.

The two murders in "Lady in the Lake" are based on crimes that happened in 1969.

The first was the murder of a 35-year-old African American woman named Shirley Parker who was discovered in the Druid Hill Park fountain in Baltimore.

"They couldn’t even classify it as a homicide because they couldn’t determine the cause of death by the time they found the body," Lippman said.

"The same year, an 11-year-old girl disappeared and was quickly found. And she had been murdered. And that case was solved very quickly," Lippman said. "And as a kid growing up in Baltimore, it was a case I knew and was familiar with. I didn’t find out about the so-called Lady in the Lake until I went to work at The Baltimore Sun, where it was a story that was sometimes written about as a local curiosity, an unsolved murder. And I was struck mostly by the fact that an 11-year-old girl had died and I knew everything about that. I knew it contemporaneously. And a woman had died and I knew nothing about it. And had never even read about it."

"That is a very big and complicated question," Lippman said when she was asked about how much the racial dynamics in 1960s Baltimore have changed over the past 50 years.

"I know that by the '60s, Baltimore city had become a majority African American school district, which would seem to indicate that the city as well had become majority African American. So that’s the history of Baltimore, that it has long had a minority majority population and it has been very reluctant to grant power to that population," Lippman said. "It was a long time before we had an African American mayor. And even now with the politicians of the city more and more looking like the people that they represent, it’s still a city that is full of so many haves and have-nots. This is a city that is not providing enough opportunities for the people who really need them."