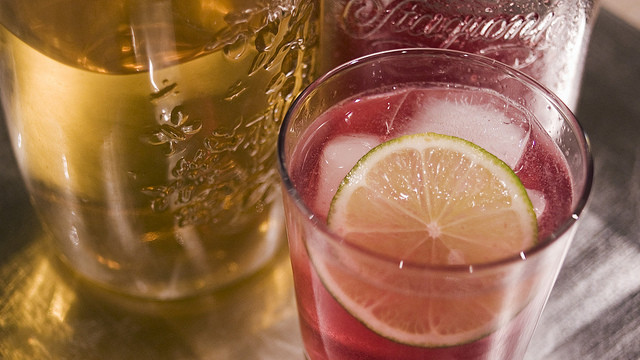 Tasting Rooms For Craft Spirits Can Be A Draw In Small Communities
By Rob Mentzer
Share:

The business of craft distilling is growing in Wisconsin and in some communities, Wisconsin-made vodka, whiskey and other spirits are becoming a crucial part of a marketing pitch to tourists.

Speaking on WPR’s regional talk show "Route 51," Sara Brish, of the Stevens Point Area Convention and Visitors Bureau, said the creation of the Central Wisconsin Craft Collective, which promotes Portage County distilleries as well as breweries and wineries, has led to an increase in the region’s hotel stays and visits to local attractions.

"Targeting these niches has really put us on the map," Brish said.

In 2009, Wisconsin changed its law to permit distillers to operate tasting rooms — that is, to serve and sell their spirits on-site. It led to a boom in independent makers of craft spirits that has tracked a national trend. According to the American Craft Spirits Association, the industry accounted for $3.7 billion in sales in 2017 and has grown each year since 2015 both in the number of distillers and the share of the liquor market that goes to craft makers. Wisconsin is 20th in the nation in number of distillers, with 30 operating as of the industry group’s 2018 annual report.

More than 20 percent of small distillers' sales happen on-site, according to the same group. But for many local distilleries, it can be significantly more than that.

"As more and more competitors get in (to the craft spirits market), it's harder and harder for us little guys to get to market through distribution," said Brian Cummins, founder of Great Northern Distillery in Plover. "So the tasting room and coming to visit is more and more important to us."

Cummins, a former chemical engineer at a paper mill, left his job in 2013 to launch Great Northern Distillery. It has become one of the region's top distilleries, with a special emphasis on creating spirits and cocktails from local ingredients.

Brish said a survey by the Visitors Bureau, completed with a grant from the state Tourism Department, found that one-third of people who had heard of the Stevens Point area know it as a center for craft beverages. And her agency has marketed craft drinks to visitors who come to the region for other activities, too.

"The folks traveling to bike, hike, canoe, paddle or cross-country ski really do align well with that craft beverage industry," Brish said. "They're the same folks who really enjoy a fine beverage, locally made and hand-crafted."