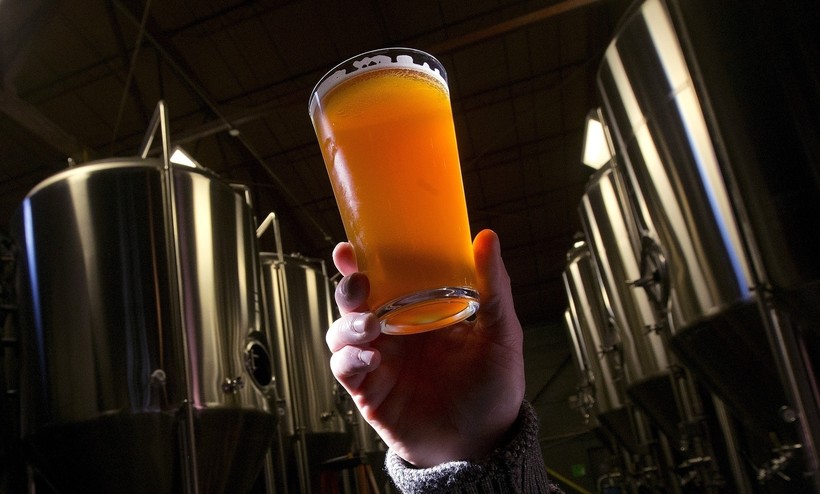 Regulations Have Eased In Last 20 Years Leading To A Saturated Market
By John Davis
Share:

There were more than 7,000 craft breweries in the United States in 2018 and statistics provided by the industry suggest continued growth is in the future.

The Brewers Association, a trade industry website, said there were 190 craft breweries in Wisconsin in 2018, ranking the state 14th in the nation.

Hope Kirwan: What brought you to the brewing industry?

Joe Katchever: I got a job at a brewery 25 years ago and I've been working in the brewery industry ever since. That was at a time when there wasn't a lot of craft beer around, certainly not around here. I was living in Colorado at the time, where there were craft breweries. Who knew what the craft beer industry would eventually become but at that time, it was pretty new. The average person wasn't that familiar with craft beer. I thought it was a cool industry to get into, plus I love beer.

Phil Humphrey: I'd been homebrewing for eight or nine years and usually would try to make styles that I couldn’t get locally. I just kept going with that to the point that I was loving that a lot more than my day job. I was an IT consultant. I've always wanted to own my own business. I'd been trying for three or four years and finally found the right people to make that happen.

HK: Phil, how do you think your entrance into the brewing industry is different than Joe's 20 years ago?

PH: I could not open my size brewery and try to compete in the grocery stores. I wouldn't be able to produce enough product and no one would know who I am. Why would anyone buy my beer over someone who's been around forever. A taproom allows you the highest profit margin, most sustainable and lowest staffing. It's definitely way different than it used to be for sure.

HK: Joe, how are things different today for people getting into the craft beer industry?

JK: The differences between then and now are huge. Not just the beers themselves, but I think it's a trade-off. I could easily sit here and say 'Oh, it's easy now, everyone knows about craft beer and opening one is like a rubberstamp.' Whereas I had to go to three or four months of council meetings to convince the city to open a brewery in the city limits. (From a regulations standpoint) things are easy today for the new brewer coming in. However, on the other side of that is the lack of exclusivity so now you’re coming into a market that’s just saturated with other breweries. That’s tough.

HK: What's next for your brewery?

JK: We make a lot of beers that never actually make it out to market. We just sell them at our taproom. We just put these beers out there and see how people like them. We just get people's opinions on a beer and from that point beers evolve. We might put some thought into what we’re going to name them or maybe some cool designs for a label. We just bought a canning line, so we’ll be rolling out beer in cans this winter.

PH: We had a good first year. I'm trying to decide whether I want to sink more money into more tanks or possibly a different place to brew at some point. That's not going to happen this year. I'm just riding it out for another six months to see if the numbers continue to stay the same or improve and not drop. You're new so you get that nice bump and you don’t know if it’s because you’re new or if it's because you’re doing something really good. We did buy a small canning line earlier this year. As for anything massive, probably not this year.