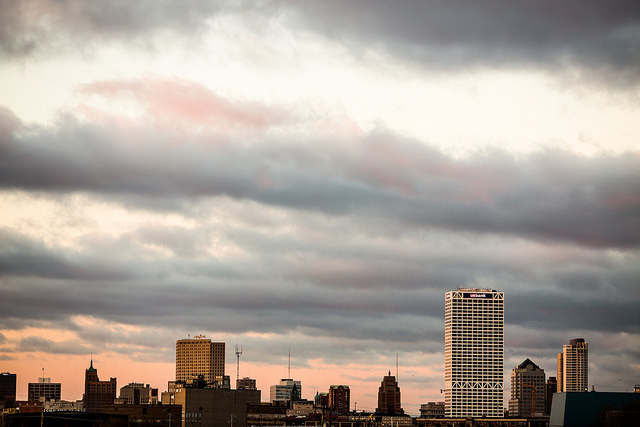 Milwaukee County saw a decrease in its population last year, though it's seen an overall increase over the past four years. Thomas Hawk (CC-BY-NC)

County Populations May Be Down, But One Demographer Says Not To Worry

While it may seem worrying that the latest U.S. Census Bureau numbers show declining populations in almost half of all Wisconsin counties last year, one demographer says it's important to look at the bigger picture.

"We don’t put a whole lot of stock into the specific estimate itself, so much as we do the trend and then how things are ranking relative to one another. How is Wisconsin ranking relative to the nation? It’s doing OK," said Katherine Curtis, professor of community and environmental sociology and director of the Applied Population Laboratory at the University of Wisconsin-Madison.

While Wisconsin’s overall population grew by a quarter of a percent last year, the Census figures indicate that 35 counties in the state — most of them in rural areas — are seeing a loss of residents.

"Within Wisconsin, much like within the nation, we’re seeing most of the loss in rural counties — particularly in the northwoods where the rural areas are centrally located," Curtis said.

While the data offers insight into demographic trends, it doesn't help Curtis identify particular causal factors. In general, however, Curtis said large metropolitan and rural areas tend to lose populations throughout migrations, which are largely driven by the economy. Curtis said it’s just the opposite for suburban areas, which are populated by growing families and held steady by fertility rates.

While Milwaukee County experienced a population loss in its most recent year, looking back at the four-year period, the area had the second-highest numeric growth in the state. Dane County saw the highest growth over the same time period.

"Dane County is considered recession-proof because it’s a magnet for people of all ages," said Curtis.