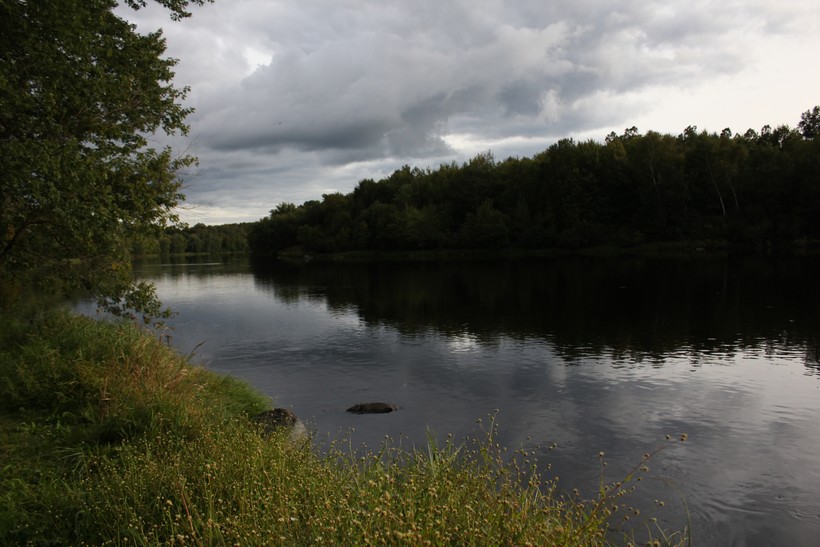 The Flambeau mine is the only copper-gold mine to operate in Wisconsin under modern-day mining laws prior to the moratorium that was repealed last fall. The site was reclaimed in the late 1990s. Rich Kremer/WPR

Communities in northern Wisconsin are working out their next steps following a recent law change that will once again give companies an easier time moving forward with plans to mine metals like copper and gold.

A repeal of a decades-old sulfide mining moratorium took effect on July 1. The moratorium required mining companies to provide proof of a sulfide mine that had operated for 10 years and been closed for 10 years without doing environmental harm before a new permit could be issued — a bar set high enough to effectively block any new mining.

Industry advocates and other supporters of the repeal contend it will allow companies to construct mines that will bring economic prosperity to their regions, while opponents fear mining sulfide minerals will lead to contamination of surrounding water resources.

Oneida County held a series of meetings after the moratorium was lifted to review its metallic mining ordinance, which was updated in recent years after mining company Tamerlane Ventures, Inc. expressed interest in the county's Lynne deposit in 2009. Around 5.6 million tons of zinc sulfide ore, lead and silver could be extracted from county land through an open pit mine.

The county's zoning director Karl Jennrich said the county hired outside counsel to review its ordinance to see if it would withstand a legal challenge.

"We felt there is a very good possibility due to the new state law that we could be challenged and again the big question is are we preempted from having any regulations regarding metallic mining because of the new state law?" said Jennrich.

The county's ordinance regulates exploration, bulk sampling and requires a local agreement with any mining company. Oneida County passed a moratorium on bulk sampling until the state updates rules and regulations related to mining sulfide minerals. Jennrich said the county board has also decided to put a referendum before voters in November to gauge where they stand on mining the Lynne Deposit. However, he said there’s been no formal contact with any mining company to mine minerals in Oneida County.

Marathon County was the first in Wisconsin to pass an ordinance regulating sulfide mining after the moratorium was lifted. Toronto-based Aquila Resources conducted exploration of Marathon County’s Reef Deposit in 2011, which is estimated to contain around 454,000 tons of high-grade gold reserves. The Canadian company recently received its final permit with conditions from the state of Michigan to construct the Back Forty mine on the Wisconsin-Michigan border.

Aquila also conducted exploration of Taylor County’s Bend Deposit in 2011, which is estimated to contain more than 4 million tons of ore.

Kyle Noonan, zoning administrator for Taylor County, said there's been no contact with the company about mining its copper-gold deposit. The county passed a nonferrous metallic mineral mining ordinance several years ago. Noonan said that ordinance was reviewed since the moratorium was lifted, and it was determined no changes were needed.

Other counties have been drafting ordinances now that the moratorium has been repealed, including Douglas County.

The county's zoning administrator Steve Rannenberg said they’re looking to adopt a model ordinance from the Wisconsin Counties Association to prepare for the possibility of copper mining in the county.

"Not because we are being confronted with an applicant that is interested in actively mining in Douglas County but, rather, in the future, if that were to happen we have a regulation in place that would be consistent with state law," said Rannenberg.

The ordinance refers to application costs for mining companies, as well as exploration, groundwater monitoring and more. The county has copper deposits near Poplar and along the St. Croix River. Rannenberg said county officials want to pass an ordinance that protects the public from the potential adverse effects of copper mining in the county.

"This would have an effect on Douglas County for a century in terms of ongoing monitoring to make sure that those potential pollution sources are dealt with," he said.

Dan Bahr with the Wisconsin Counties Association said they put together a model ordinance and handbook to guide counties through changes in the law and oversight of potential mining projects. The association is also providing legal assistance to counties in developing such ordinances. Bahr said at least 10 counties have contacted them about crafting rules to regulate metallic mines.

"Counties are wondering what their options are, and one of the things that they got to understand is they have lots of options on how they can handle mining in their county," said Bahr. "It’s just a matter of the purview of the elected officials and the feedback they’re getting from their constituents."

A spokesman with the Wisconsin Department of Natural Resources said the agency hasn't received any inquiries from metallic mining companies. The state has received interest from mining companies in the past on at least four deposits with sulfide-bearing minerals in Marathon, Taylor, Oneida and Forest counties.