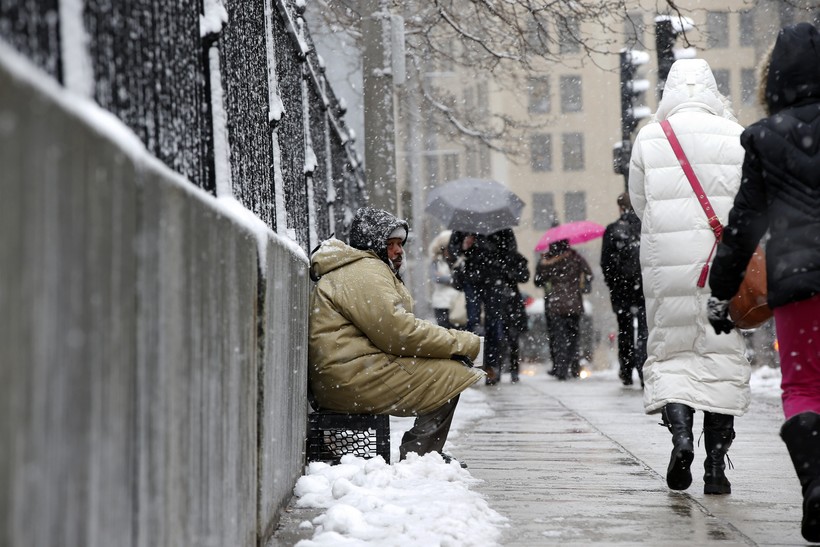 A state government group drawing members from multiple state agencies released a statewide plan to prevent and put an end to homelessness in Wisconsin.

The report’s author, the Wisconsin Interagency Council on Homelessness — a group created in 2017 with unanimous support in the Legislature — said the plan is the first of its kind in Wisconsin.

The plan calls for $3.75 million in additional funding for homeless services, better coordination between agencies that serve the homeless population and stresses treating the underlying causes of homelessness.

Outgoing Lt. Gov. Rebecca Kleefisch chairs the council. She said it’s important to help this segment of the Wisconsin population not only because they’re neighbors and friends who have fallen on hard times, but because they’re people full of potential.

The council calls for funding to help those who experience a temporary financial setback that puts them at risk of losing their housing and funding for those who already have. The report recommends increasing funding for the Homeless Prevention Program and the State Shelter Subsidy Grant by $500,000 each.

It’s recommended that $300,000 go toward homeless diversion — or keeping people out of the state's homeless shelters. Diversion staff work with those on the brink of homelessness to reconnect with family members and mediate situations so that those seeking shelter can live with family instead of entering the system.

The council recommends another $900,000 go toward helping the homeless make the move to independent living.

The council stresses treating homeless assistance as more than offering people hot meals and a place to sleep. Instead, it says there's a need to look beyond the immediate need for stable housing and look at providing greater access to mental health professionals, childcare for homeless families and connecting the homeless to jobs.

Emphasizing the importance of one-on-one outreach, the report recommends an increase in case management funding by $500,000. The case management money would help connect people to financial services and work training.

The report found that case management can lead to better physical and mental health, decreased substance abuse and better re-integration in society.

Still, the report acknowledges a person experiencing homelessness can be held back by a lack of affordable housing and property owners’ unwillingness to rent to them due to a history of evictions or a criminal record. The council recommends an additional $300,000 to hire professionals who can help people looking for housing overcome these obstacles.

The council’s report finds on a given night, more than 3,400 people in Wisconsin sleep in places like sidewalks and cars.

But capturing the total number of homeless people in Wisconsin is hard to pin down, according to Joseph Volk the executive director of the Wisconsin Coalition Against Homelessness.

There are also the people experiencing homeless that receive help from religious institutions, said Volk.

For these reasons, the Wisconsin Coalition Against Homelessness estimates that 20,000 people experience homelessness in the state of Wisconsin on any given night, a much larger number than the council's report.

Volk welcomed Tuesday’s released plan as a step in the right direction, but noted that most states already have a plan to combat homelessness and states like Minnesota spend much more.

"(The proposed plan) basically puts us at about $7 million to $8 million per year, whereas the state of Minnesota is spending about $40 million per year on the issue of homelessness," he said.

What’s more, curbing homelessness is going to require Democratic and Republican support, Volk said, adding he hopes momentum isn’t lost as a Democrat takes over the executive branch and Republicans maintain control of the Legislature.

"People sleeping outside at night when it’s below zero is not a Democrat issue, it’s not a Republican issue, it’s an issue for all of us," Volk said.