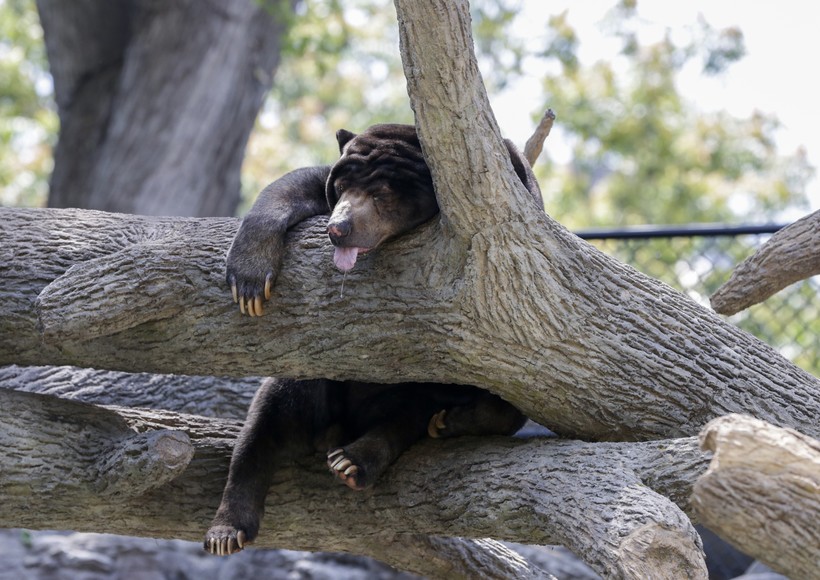 A Sun Bear, native to the tropical forests of Southeast Asia, sleeps in a tree at the Henry Doorly Zoo in Omaha, Neb., Tuesday, July 11, 2017. Nati Harnik/AP Photo

Cool-Down Expected This Weekend, But High Temps Will Return Next Week

Meteorologist Explains Causes Of State's Heat Wave And When It Will Chill Out
By Elizabeth Dohms-Harter
Share:

According to Jonathan Erdman of Weather.com, heat waves like the ones Wisconsinites have recently been sweating through are caused by high-pressure systems that form a cap or dome over an area, trapping air. In this system, air from the atmosphere is pulled downward where it gets compressed and heats up.

These systems can be dominating and prevent other systems such as cold fronts, clouds and wind from coming into the area.

"We've had this general pattern where this dome of high pressure is set over the Great Lakes — it's also extended well up into Canada," Erdman said. "And it's just locked in this persistent phase of warmer-than-average weather."

Some areas began to hit 90 degrees on June 29, according to data from the National Weather Service, and those high temperatures have persisted since. And as much as the heat hasn't relented, neither has the humidity. When dew points — or the measure of water in the air — get above 70, the weather outside starts to feel very humid.

"I'm seeing dew points in parts of Wisconsin at 73, 74, even 76 degrees, which feels a lot like Florida in the summertime," Erdman said.

That humidity can make it feel much hotter, a phenomenon tracked as heat index.

In part, that's because there's so much moisture in the air that it becomes difficult for our bodies to shed heat by evaporating sweat.

A cool-down is on its way for the weekend, though, Erdman said. Highs will be in the 80s for the most part on Friday. By Sunday, highs are expected to be in the 70s in northern Wisconsin and closer to the 80s in the southern parts of the state.

"Not terribly cold, but it'll definitely feel better than we've had," he said.

And then it's back to hot again. Erdman said by the middle part of next week, the dome of high pressure is going to build back up and return the 90-degree weather, particularly in the south, that we've grown accustomed to.

Northern Wisconsin could see quite a few thunderstorms in the later part of next week. Erdman said with thunderstorms, flash flooding can be a big risk, especially if the jetstream is well to the north. That means the storms tend to move slower and allow more precipitation to accumulate.

"I think the severe threat doesn't look too bad over the next several days, but we'll have to keep an eye out from some damaging winds and maybe some flooding in parts of the state next week," he said. 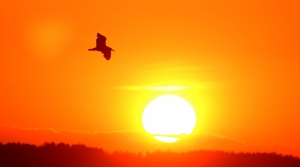 Parts of Wisconsin are under a heat advisory today, and high temperatures are expected to continue for the next week. We talk with a meteorologist about what's behind the heat wave and when it might break.