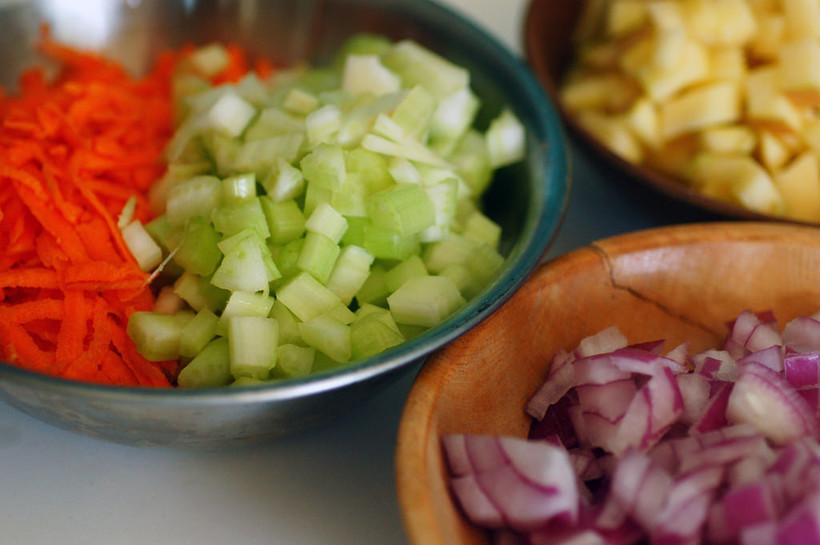 Cooking On A Budget Doesn't Have To Be Boring, Author Says

Eight years ago, Beth Moncel was a recent college graduate drowning in debt. But she held a nutrition degree and wasn’t about to sustain herself solely on ramen noodles and beans.

"I thought, there’s got to be a better way to do this," she said.

Moncel challenged herself to eat on less than $6 a day. The result was a blog, Budget Bytes, a corresponding book and a whole lot of experimentation.

"Food doesn’t have to be complicated to be delicious or healthy," she said. "So if you stick to really simple ingredients, you can still get really flavorful food without having to buy 10 different items for one dish."

Simple doesn’t have to mean bland. Moncel said she starts by tackling a craving, going after her favorite flavors. Then, she attempts to replace those flavors with cheaper alternatives.

A recent example: shrimp tacos. Shrimp can get expensive, so in her recipe, Moncel balances the pricier seafood with lower-cost ingredients: corn tortillas and homemade coleslaw.

"So you have a lot of inexpensive ingredients, a little bit of the expensive flavorful ingredients, and then you still have a great meal for a pretty low cost," she said.

The meat or protein element is often the most expensive part of any dish. Moncel said she tends to eat 50 to 75 percent vegetarian. But she still loves meat, so she gets creative in order to eat it on a budget.

"I will cut back to half to the amount of meat that people would normally use and substitute beans or lentils in their place," she said. "So you’re still getting a lot of protein, but you’re getting more fiber, and they definitely cost less per pound."

Another option: buy meat in larger quantities when it’s on sale, then divide it up and freeze it.

In general, Moncel is all about taking advantage of the freezer. She’s a fan of meal prepping.

Moncel said she will make large quantities of each meal, eat it a few times during the week, then freeze extra portions to pop in the microwave days or weeks later when she doesn’t feel like cooking.

She also keeps the freezer stocked with vegetables, ready to pop into soups or pasta.

Shelf life is key to cheaper cooking, Moncel said. In her recipes, she isn’t afraid to use canned beans and vegetables, or hearty vegetables like beets, carrots or rutabagas that last a long time in the pantry.

And while her recipes are healthy and inexpensive, Moncel said, in the end, it’s all about flavor.

"If I don’t crave it, then I’m not going to eat it," Moncel said. "And then the food’s going to end up in the garbage, and that’s a lot of money down the drain."