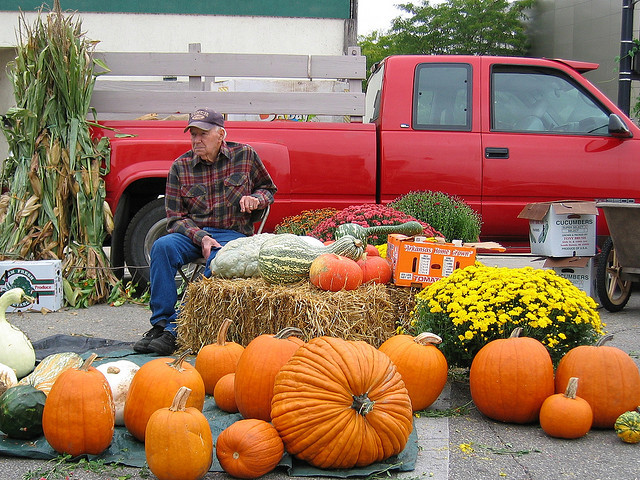 Wisconsin Farms Selling Produce Directly, However, Has Shrunk By 6 Percent Since 2007
By Maureen McCollum
Share: 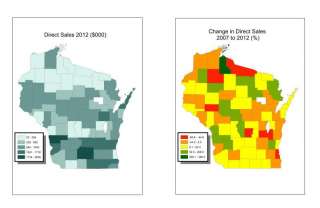 Consumers are increasingly buying more produce, dairy, and meat directly from Wisconsin farmers, according to the latest federal Census of Agriculture.

The local food movement is alive and well in Vernon County. In 2012, its farmers sold almost $2.7 million worth of products directly to consumers – nearly twice as much as what was sold in 2007, when producers made $1.4 million at farmers’ markets, roadside stands, and through CSAs.

Vernon County is second in direct sales to Dane County.

“It’s super important for our community that we continue this, because then all of the sales are staying local and it’s just going to continue to grow, continue to boom,” Karasek said. “It’ll encourage more people to maybe consider farming, or maybe even shop more locally.”

According to the census, the number of Wisconsin farms selling products directly has shrunk about 6 percent since 2007, but the value of direct sales was up across the state.

Steven Deller, a community development economist with the University of Wisconsin-Extension’s Department of Agricultural and Applied Economics, says although more people are buying directly from farmers, the rise wasn’t as high as many anticipated.

“Which probably means more of this food is going into grocery stores, restaurants, hospitals, (which) are showing a tremendous amount of interest in sourcing local,” Deller said.

Deller says the drought in 2012 may also have affected the sales numbers.