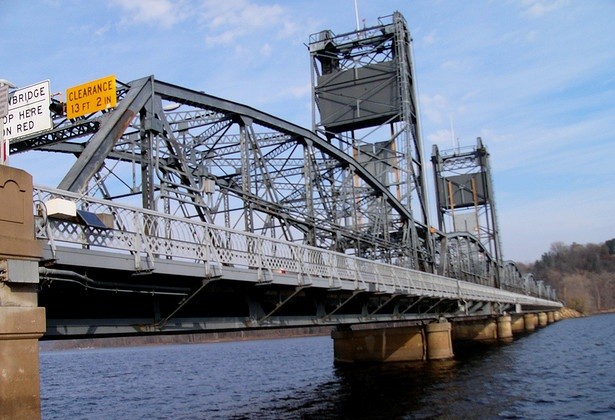 Construction Starts On Bridge 50 Years In The Making

A St. Croix River bridge project more than 50 years in the making will break ground today.

It took more than five decades, two lawsuits, an act of congress and President Obama's signature, but construction of the St. Croix River Crossing has officially begun. The new bridge will replace the 80-year-old Stillwater Lift Bridge. It will span the St. Croix River from St. Joseph to near Stillwater, Minn. The major hold up was the St. Croix's federal protection as a Wild and Scenic River, which meant that the bridge needed a congressional exemption to proceed.

Rep. Ron Kind (D-Wisc), who worked for years pushing for the bridge, says it took a while but the final project has been vetted.

"I think we strike the right balance between the environmental mitigation that needed to occur, the bridge design so it did blend in better with the surrounding area but also meet the increased traffic needs that the region is going to experience during the next 50 years."

The Minnesota Department of Transportation is taking the lead role in construction of the River Crossing. Project manager John Chiglo says its full speed ahead from now on.

"People will be seeing visibly more barges on the river, more cranes on the river and they'll start hearing more activities as we move through June and into July and starting in July will probably be the real ramp up to the busiest activities in July, August, September, October and November."

Chiglo urges boaters along the St. Croix River to be mindful of the increased barge traffic during construction. Also he says the DNR and local law enforcement will be enforcing a no-wake zone for worker safety.