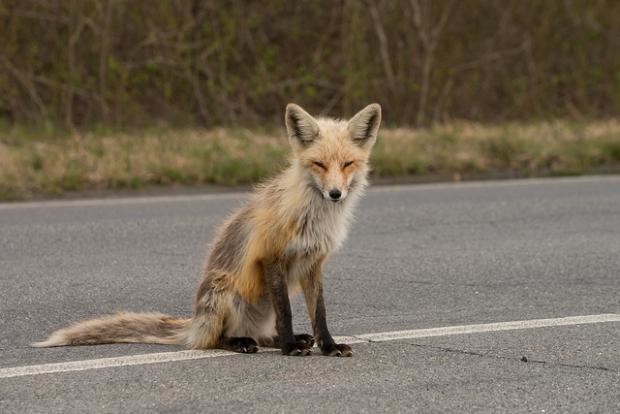 Photo Credit: E. Monk | Foxes and other predators have to adapt to urban and suburban environments.

While the sighting of two foxes on the University of Wisconsin-Madison campus last week stirred up quite a bit of attention, one conservationist said such appearances are becoming more common, or at least “less uncommon.”

Stanley Temple, the Beers-Bascom Professor Emeritus in Conservation in the Department of Forest and Wildlife Ecology at the UW-Madison, said red foxes -- and other urban predators such as owls, hawks and coyotes -- have been increasing in number in urban and suburban areas of Wisconsin in recent years.

“People are starting to come into contact much more frequently with these animals that they think of as being really wild animals that you expect to see out in much more natural areas,” Temple said.

Foxes aren’t persecuted -- hunted or otherwise driven away -- in urban and suburban environments as they are in rural ones, he said, and the city provides everything foxes might require to thrive.

“There’s plenty of food to eat, the habitat is right, lots of opportunities to use a diversity of food items,” he said.

Urban foxes -- omnivorous in diet -- in Wisconsin are starting to edge into the territory of raccoons, including raiding garbage cans and taking advantage of human-provided foods, including berries from gardens.

Red foxes don't hibernate and will soon enter their mating season, and Temple predicted urban foxes will be easier to find traces of in the coming month.

“Things get a little lively, and actually noisy,” he said.