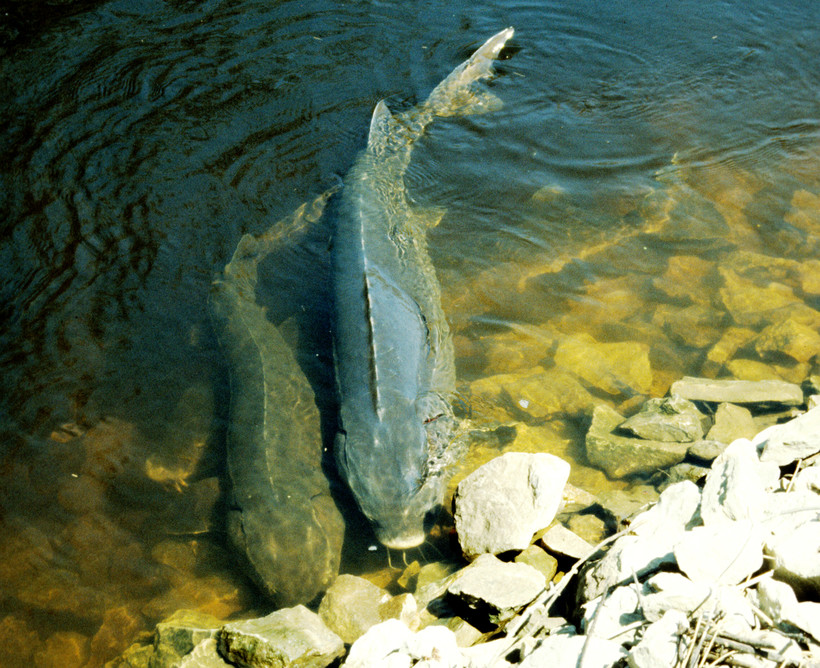 Conservation groups say they are ready to sue the U.S. Fish and Wildlife Service over the status of lake sturgeon. The national Center for Biological Diversity, as well as environmental organizations in Illinois and Indiana, submitted a petition late last month to have the fish listed as protected or endangered.

Mark Templeton, director of the Abrams Environmental Law Clinic at the University of Chicago, is helping represent the groups who say pollution and hydroelectric dams have impeded the ancient fish from reproducing.

"Populations in some areas have fallen by 99 percent over the last century due to pollution and overfishing and hydroelectric dams that impede spawning and broken up habitat," he said.

Templeton said threatened or endangered status could force utilities to install fish ladders to help sturgeon get to their spawning grounds, thus increasing their population.

Templeton said the USFWS has missed deadlines to respond. A representative for the agency said they cannot comment on litigation.

Wisconsin has a relatively robust lake sturgeon population, said Ryan Koenigs, a senior fisheries biologist and leader of the sturgeon management team for the Wisconsin Department of Natural Resources.

Lake Sturgeon are native to Lake Superior, Lake Michigan and waterways that feed into them. The Lake Winnebago System is famous for its yearly sturgeon spearing season. Lake sturgeon also live in the Mississippi River along with another species known as the shovelnose sturgeon.

Koenigs declined to comment on the potential federal lawsuit but said of Wisconsin’s big fish, "We do have some fairly strong lake sturgeon populations and we do a lot of assessment work to monitor these populations. We have, through time, active and proactive conservative harvest regulations on fisheries that can sustain some level of recreational harvest."

Even with the healthy populations in Wisconsin, Koenigs said the state has been restocking the fish in Lake Michigan, the Turtle Flambeau Flowage and other areas.

The USFWS has 60 days to respond to the letter of intent.  Templeton said if lawyers do not hear back from the agency, the case will be filed in a yet-to-be-determined federal court.