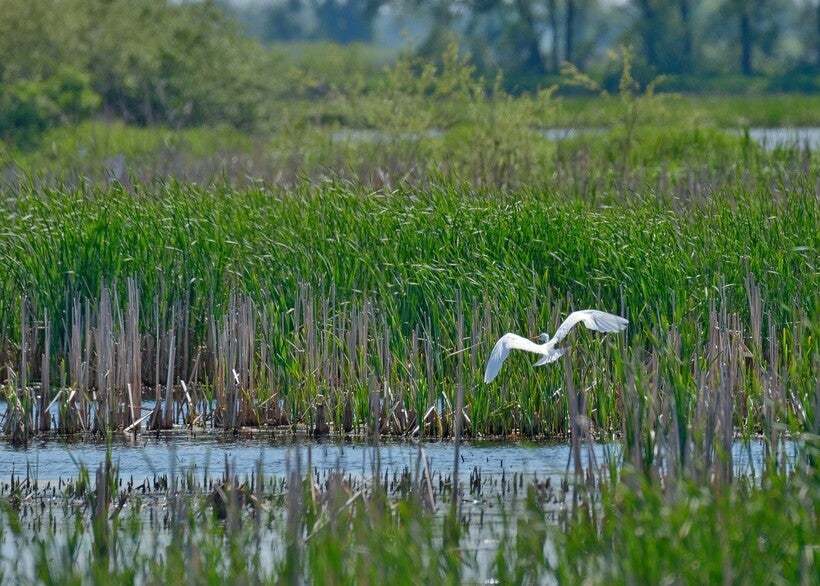 Conservation Cartoon From 1960s Is Back To Promote Protecting Wetlands

Thirsty The Duck Has Been Resurrected To Fight For Increasing Waterfowl Stamp Rates, Which Directly Fund Wetland Protection Programs
By Elizabeth Dohms
Share:

Thirsty the Duck is back and he comes bearing a message.

The mallard introduced in the early 1960s as a symbol of wetland preservation has come out of a "perpetual migration" to gather support for, well, giving ducks a raise, said Bryan Muche, an Elkhorn hunter responsible for Thirsty's resurrection.

That "raise" would be in the form of a higher rate for the Wisconsin state waterfowl stamp, which hasn't seen a rate increase in more than 20 years, Muche said of the $7 stamp.

A change such as that would have an impact on the management of wetlands and nesting habitats, Muche said, because all of the revenue generated from the duck stamps supports that cause.

"It doesn't go to buying more public land or buying more wetlands, but it goes to managing ... the wetlands we already have," he said.

The stamp is required to hunt ducks and geese throughout the state, but stamp collectors also purchase it to add to their collections.

Revenues average $520,000, according to the state Department of Natural Resources, and most of that is spent in Wisconsin and one-third is spent on projects in Canada. Funding is especially helpful in managing more than 278 miles of dikes, 656 water control structures and more than 1,000 impoundments, Muche said.

"Now, this wetlands infrastructure deteriorates over time and the costs associated with maintenance and management only continues to increase while the revenue from the state duck stamp has not," he said.

It's important that habitats are maintained, Muche said. The Horicon Marsh, for example, near to where Muche grew up, is seeing impacts from runoff, such as more sedimentation in the marsh and more invasive species.

Wisconsin used to have 10 million acres of wetlands, and it’s now down to 5 million, according to the Wisconsin Wetlands Association.

Wetlands are like sponges, Muche said. They hold water, slow its flow and filter it. Getting rid of wetlands, which the government actually subsidized in the '50s and '60s, has implications for flooding and pollution.

Back then, organizations such as Ducks Unlimited, sought to protect wetlands and invest in habitat in Canada. In the U.S., though, wetlands were being drained.

"It seemed there was little interest or effort by any organization in protecting wetlands here in the United States," Muche said.

Five sportsmen from Wisconsin, one of them being Owen Gromme, started the Wetland for Wildlife organization.

Thirsty was brought to life through artwork by a wildlife manager who worked on the Horicon Marsh. 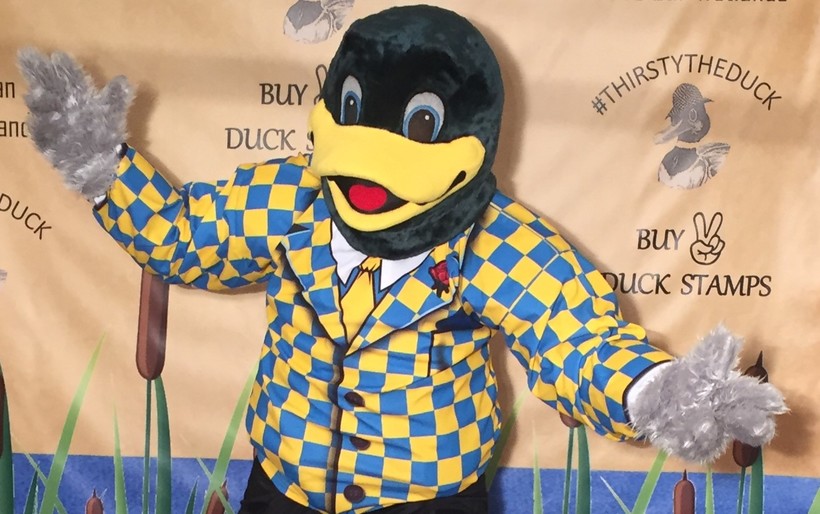 "Then, the organization adopted him and really brought him to life and pulled him off the page," Muche said.

But the organization disbanded within just a few years, and Thirsty took an early retirement.

Now with Thirsty back in the fold, Muche and others who support a rate increase in the stamps are hoping to get representatives in Madison to pay attention. Muche said he has been frustrated to find costs in other states are much higher, for example $12 in Michigan, $15 in Ohio and $15.50 in Illinois.

"Whether it be assembly members, senators or a governor, each year our ducks in our wetlands lose," he said.

Thirsty will be making an appearance at the Midwest Outdoor Heritage Education Expo on Wednesday and Thursday, May 15-16, in Poynette and he'll be back at the Horicon Marsh on Saturday, June 22 for the annual Marsh Paddle.

Wisconsin Weekend: Thirsty The Duck Returns To Save Our Wetlands 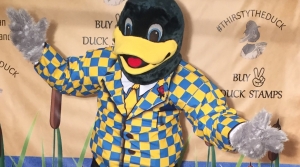 A wildlife representative is quacking his way back into the hearts of Wisconsinites. Thirsty the Duck is back to protect our wetlands. We learn about his return as we waddle to the Horicon Marsh Festival. Plus, our guest explains how Wisconsin duck-stamp revenue is making a difference.