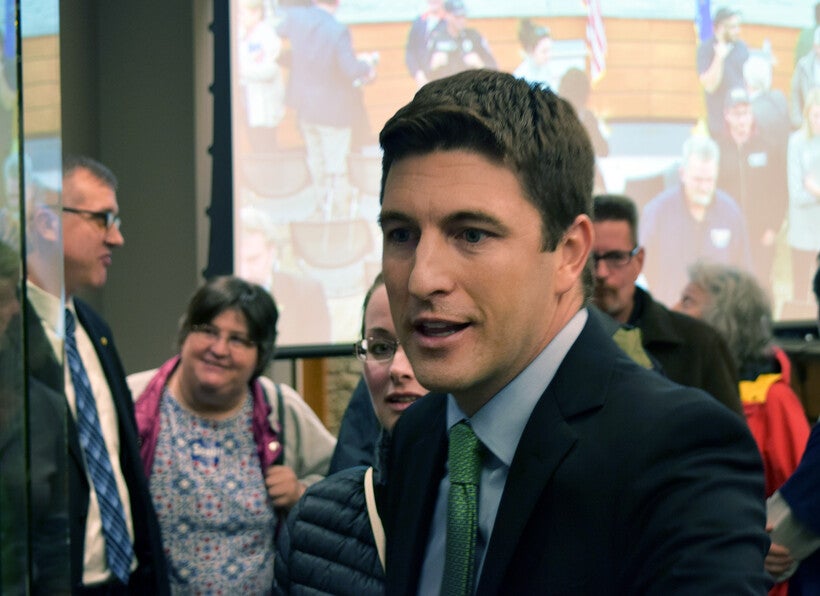 Wisconsin U.S. Congressman-elect Bryan Steil said Monday that lowering health care costs and improving worker training in the United States will be among his top priorities after he's sworn into office next month.

When the 116th Congress convenes, Steil will take the seat held for about 20 years by U.S. House Speaker Paul Ryan.

"We have the opportunity to put health care decisions back in the hands of patients and doctors, which will ultimately work to try to lower costs and increase quality," he said.

Steil said he remains opposed to "Medicare for All," a proposal backed by Democrats. He said it would raise costs.

He also weighed in on a Texas judge's ruling last week against Obamacare. Steil said he doesn't expect major action as a result of the ruling, as it faces an appeal.

Steil, a former manufacturing executive, also said he hopes to work on improving job training for American workers. He wants to do that by removing federal red tape he believes makes it too difficult for high schools and technical colleges to start new training programs.

"We've seen pretty significant economic growth here in Wisconsin, but we need to make sure that everyone is prepared and ready to obtain the jobs of the future so they can obtain a higher wage or a better job," he said.

He said implementing those changes will help build a skilled workforce for companies like Foxconn Technology Group, which is building a large manufacturing facility in his district.