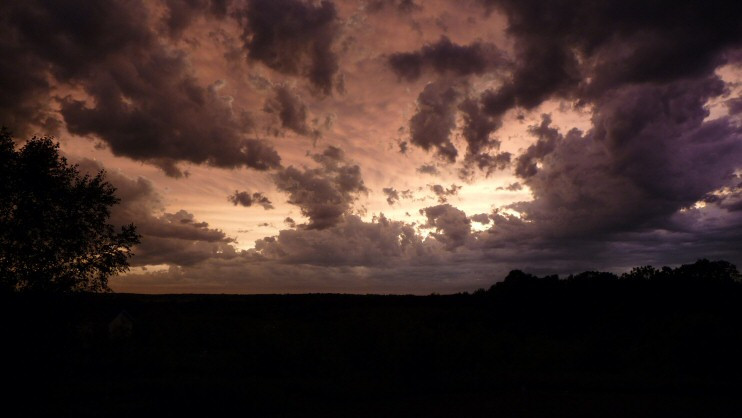 It seems not a week goes by without news reports of "mega-storms," shrinking glaciers, intense droughts and widespread flooding. Scientists’ past predictions about the effects of global climate change are coming to bear as sea levels rise, global temperatures spike and weather becomes more and more unpredictable.

In its latest report, the Intergovernmental Panel on Climate Change (IPCC) no longer speculates on the potential effects of rising global temperatures, but offers guidance on how best adapt to what scientists see as the inevitable economic and security fallout. The leaked report, due out in March, warns that climate change "will slow down economic growth and poverty reduction, further erode food security and trigger new poverty traps."

But closer to home, how is global climate change affecting Wisconsin?

According to Dan Vimont, a climate change scientist at the University of Wisconsin-Madison, local projections indicate that Wisconsin could warm between 4 degrees and 9 degrees Fahrenheit by mid-century.

This warming trend is already evident. Although Wisconsinites have had a bitterly cold winter in Wisconsin this year, December was still the third-warmest on record and January the fourth-warmest around the globe, said Vimont.

“And this is during a year where there hasn’t been an El Niño event, so those are shocking numbers,” he said.

On Feb. 27, a group of scientists, policymakers, academics, business managers and residents will gather at the UW-Madison for Sustainability Forum 2014. The forum will examine climate change in Wisconsin and ask, “Where do we go from here?”

Vimont, a member of the UW’s Nelson Institute Center for Climatic Research and co-chair of the Wisconsin Initiative on Climate Change Impacts (WICCI), emphasizes the importance of bringing people from a wide variety of backgrounds together to confront the challenge of climate change.

“As a climate scientist, I can’t know what’s important to a farmer, or to a forest manager, or tourist, or someone whose livelihood depends on fishing," he said. "The only way I can define the problem in the first place is to talk to the people involved."

"It also makes it a very hard problem, but it’s worth it,” he said.