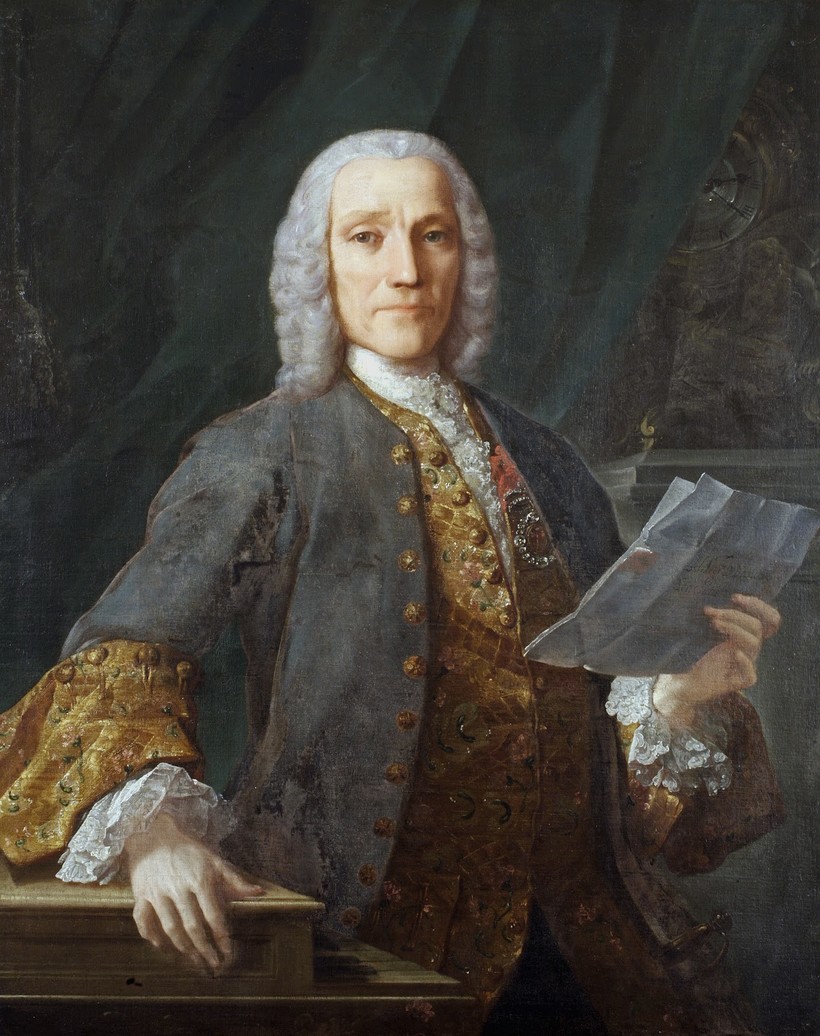 On April 21st, 1738, between four and five o'clock in the afternoon a man appeared before the high altar of a convent in Madrid to take his vows as a knight of Santiago.  He was not an adventurer or a soldier.  He wasn't even Spanish by birth. He was an Italian-born composer named Domenico Scarlatti.

The honor may well have come via the influence of Scarlatti's former pupil Maria Barbara, daughter of the King of Portugal.  Scarlatti had lived and worked in Spain for nine years. Maria Barbara was unable to obtain honors for him at the Spanish Court.  But she may well have convinced her father to declare Scarlatti eligible for knighthood in the Portuguese Order of Santiago and arranged for the ceremony to take place in Madrid.

A priest asked Scarlatti if he was willing to change his life, even to the point of eating, drinking, and sleeping as a different man.  When Scarlatti agreed, the priest continued, "You know that the order promises you neither horse nor arms, nor food other than bread and water, and the mercy of the Order, which is great.  Additionally, we ask you if you are prepared to defend the gates against the Moors, and to maintain such obedience and humility that even if we sent you to keep the pigs you would do it."

Scarlatti responded, "I so promise."

Further questioning determined that Scarlatti had obtained his wife's consent, was guilty of no form of sacrilege or crime, and that his ancestry was free of Moorish taint.  After confession and communion Scarlatti returned to take his vows of devotion, obedience, and conjugal fidelity.  Then he put on the white cloak of a full-fledged knight.

Scarlatti's descendants would later allow all of his musical manuscripts to disappear, but from generation to generation, they jealously preserved the records of his knighthood.  As for Maria Barbara, she would later have considerable influence in the Court at Madrid--as the Queen of Spain.