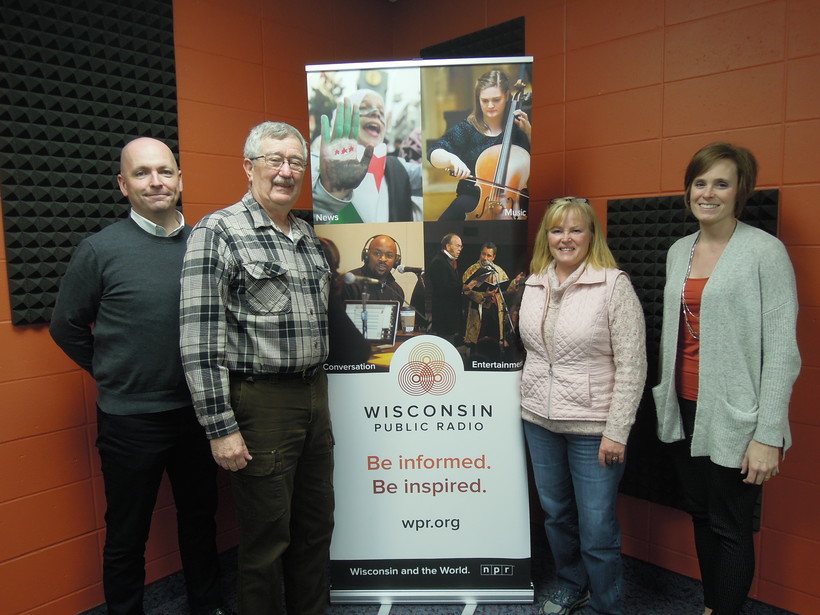 Thanksgiving is seen as a time spent with family and friends, but organizers of community Thanksgiving dinners say the events are designed to introduce neighbors and build community.

"You may live in different areas of town but coming together as a community is always a wonderful thing," said Jean Lunde, who founded the Onalaska & Holmen Community Thanksgiving Dinner in 2011. "You may be sitting across the table from someone who knows your next door neighbor, but you don’t even realize it until you actually open up the conversation."

The La Crosse Community Thanksgiving Dinner is in its 38th year and this year will serve 10 times the meals Thursday than it served in 1982, its first year. The event has been in La Crosse's civic center for years.

"We really want the dinner to be a place where people can come talk to their neighbors. We feel you don’t really know anyone else’s life until you’re walking in their shoes," said Nick Marcou, a La Crosse Community Thanksgiving Dinner board member. "We want walls to come down and people to get a chance to do something kind for somebody else or smile at somebody. If you see somebody else struggling, help. That’s what this community’s always been, and that’s what this dinner has always been to us."

The Sparta Community Thanksgiving Dinner also started in 1982 after a fire at a church. It was designed as a thank you for the community for responding to the tragedy. Since then, it had to move to larger facilities twice. Les Stanley is in his second year as the organizer of the event held Thursday afternoon..

"I was surprised my first year at the amount of noise in that dining hall which is a very joyous sound to me," Stanley said. "When people are relaxed and having a good time, they tend to talk, that was very refreshing to me."

All three community Thanksgiving dinners rely on donations and volunteers.

La Crosse’s dinner almost didn’t happen in 2015, but a last-minute call for volunteers and donations gave the dinner life.

The events also serve many more meals than they did during that first dinner and offer options like transportation to the event, delivery and carryout. Half of the 3,000 meals served at the La Crosse dinner won’t be eaten at civic center.

"There’s no judgment there," Marcou said. "If it’s something easier that you’re able to do, and we can provide one less thing off your to-do list to bring this food home so you can enjoy this holiday with family and friends at home, we’re happy to have been a part of that. That little piece of kindness that we can offer goes a long way regardless of whether people can join us or not. It’s that sense of community and that sense of sharing a meal that we want to be a part of."

For Lunde, a story from the first dinner they held in Onalaska sticks with her.

"We had a lady that after she got her delivery there was a little card that she had sent back with the delivery person," Lunde said. "We opened up the card and there’s this little crucifix inside with two crumpled up dollar bills. It’s a freewill offering. Those were probably the only $2 she could afford that day. She wrote a little note in there, 'Thank you for having this, I don’t know what I would have done today,'" she said.