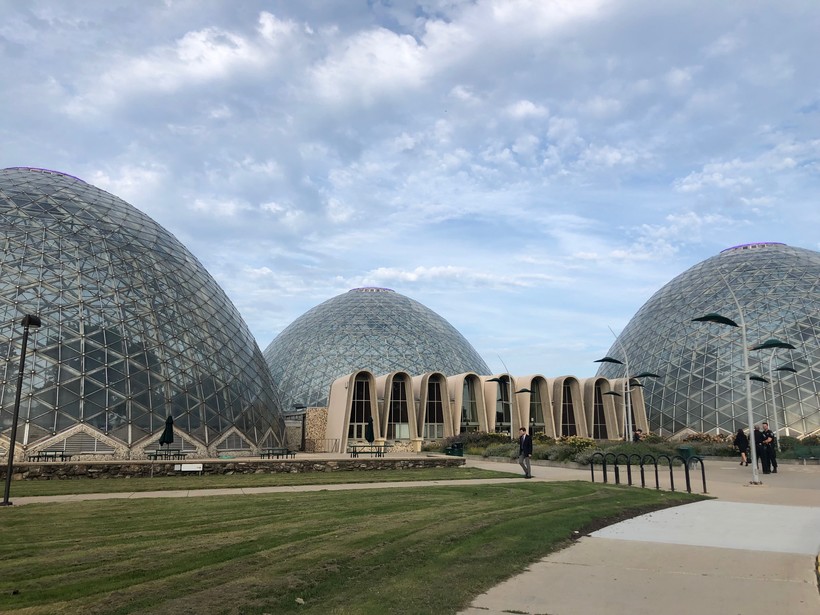 The Mitchell Park Domes in Milwaukee were temporally closed in 2016 due to falling concrete and glass. This photo was taken Wednesday, Sept. 18, 2019. Alana Watson/WPR

The Milwaukee County Board held a public hearing Wednesday night to discuss the future of the Mitchell Park Domes in Milwaukee. The majority of the community feedback was positive, with a few people skeptical of the plan and how the money for the plan would be raised.

The public gathered at the Domes to learn about the proposed $66 million business plan to revitalize Mitchell Park and its iconic domes. The proposal was approved by the Milwaukee County Task Force on the Mitchell Park Conservatory Domes last month.

The task force was created in 2016 to develop a comprehensive long-term plan for the repair and preservation of the Domes. On Wednesday, community members saw enlarged photos of what the park could look like and watched a video that contained all of the information that ArtsMarket, an architectural firm, developed and presented to the task force in August.

The plans include improvements and additions to Mitchell Park, such as an amphitheater, a children's discovery garden, a wedding venue and a restaurant.

Community member Patricia Adams said during the hearing that the plan would create a new space for kids to play safely.

Around $30 million of the $66 million would go toward rehabilitating the Domes, which includes repairing the concrete structure and glass as well as programing all three domes with changing exhibits.

The proposed plan would preserve the Domes for the next 50 years. 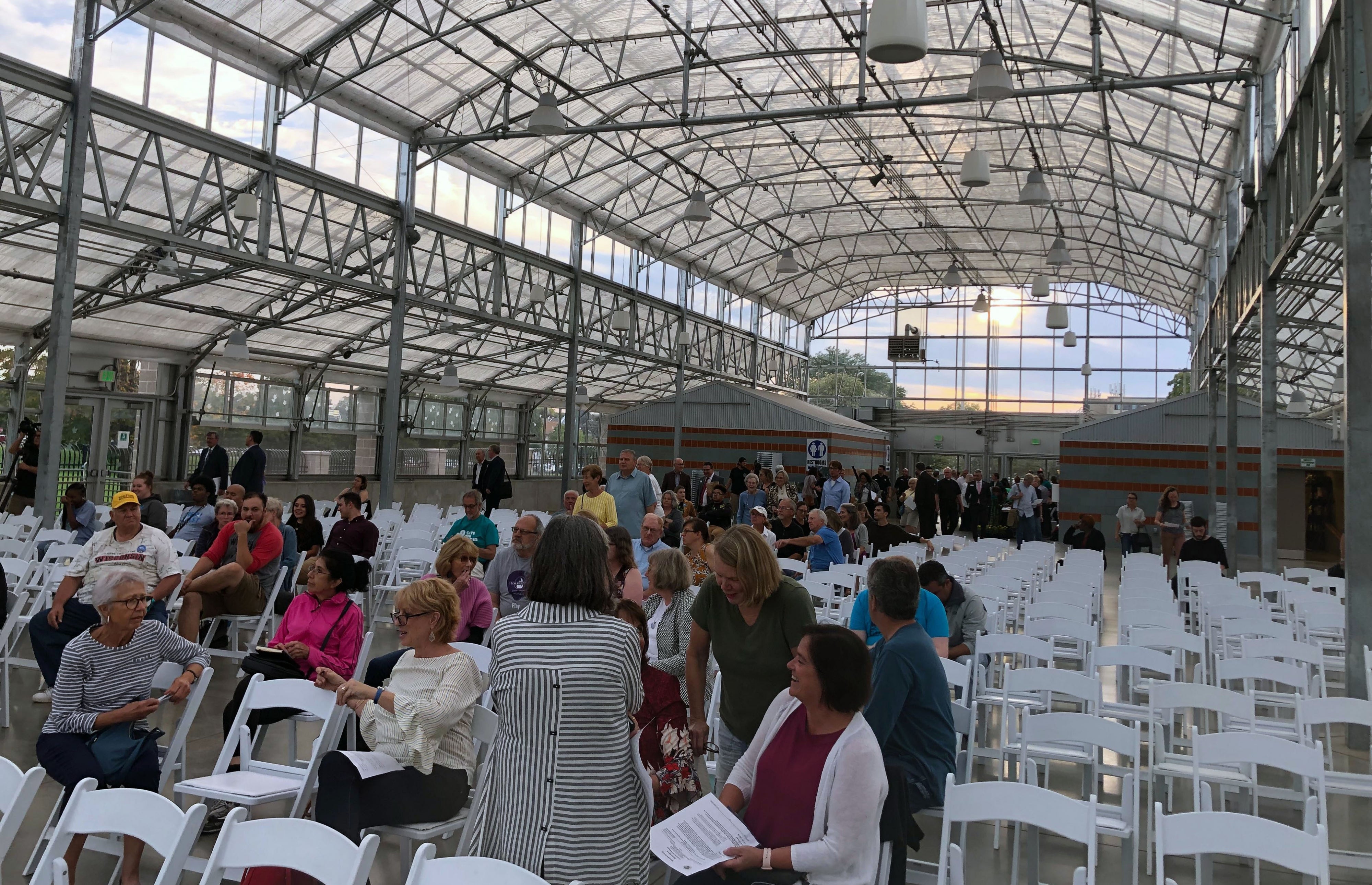 Community members gathered at The Annex in the Mitchell Park Domes, during a public hearing Wednesday, Sept. 18, 2019 in Milwaukee to voice joys and concerns about the proposed $66 million plan to revitalize the domes and park. Alana Watson/WPR

Milwaukee native and ArtsMarket lead consultant, Louise Stevens, said it’s going to take a lot more planning to protect the Domes but it would be well worth it to preserve them for Milwaukee.

Some community members were skeptical about the amount of money that taxpayers would be responsible for.

Peter Zanghi is the president of the Milwaukee Preservation Alliance, a nonprofit that advocates for the popular landmark. He said the park and Domes are an equitable place that people in the community enjoy.

The county board did not take action at the hearing. Board Chairman Theodore Lipscomb said voting on the proposal will come at a later date.

"Supervisors will have plenty of opportunity to ask their questions since we are not taking action at this hearing," Lipscomb explained. "Our focus tonight is to listen to the community."