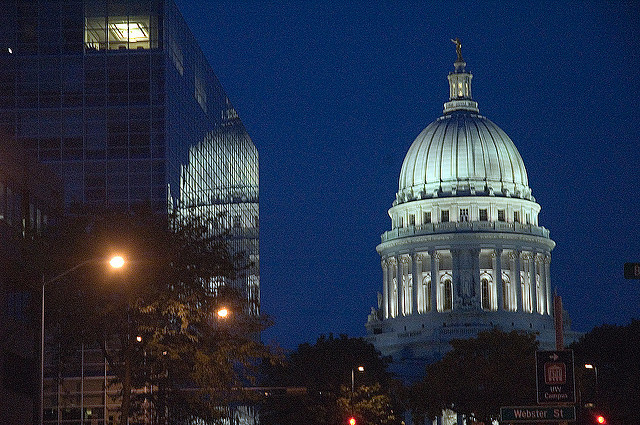 A legislative committee has voted unanimously to order a state audit of the Wisconsin Veteran Home at King following reports of resident neglect there.

The audit will look at concerns raised by residents and residents' families about the standard of care at King. It will also review staff employed at the facility, including their training and turnover.

The Wisconsin Department of Veterans Affairs pledged to cooperate, noting most of the buildings at King receive a five-star rating from the federal government.

"We've done a great job," said Wisconsin Veterans Affairs Secretary John Scocos. "We'll work through this like anything else. If there's things that need to be tuned up, we'll tune them up."

The Republican co-chairs of the audit committee scheduled Wednesday's meeting after a Cap Times report quoted several residents and family members who complained of neglect at King, ranging from inattentive staff to moldy walls and outdated medical equipment.

At a public hearing before lawmakers ordered the audit, former U.S. Marine Timothy Michael, who organizes a charity motorcycle ride for residents at the home, said people have complained to him about poor conditions and untrained staff.

"I hope that this audit isn't the same as other audits," Michael said.  "I don't know how we have a five-star rating when things like this are happening."

In addition to reviewing residents and staff, the audit will also review the facility's finances. The Department of Veterans Affairs has transferred millions from King's budgets to other veterans programs and was hoping to transfer an additional $18.6 million in the next state budget.

The audit is expected to be completed by spring, though some lawmakers urged the nonpartisan Legislative Audit Bureau to work quickly so information about King can be reviewed as lawmakers craft the next state budget.