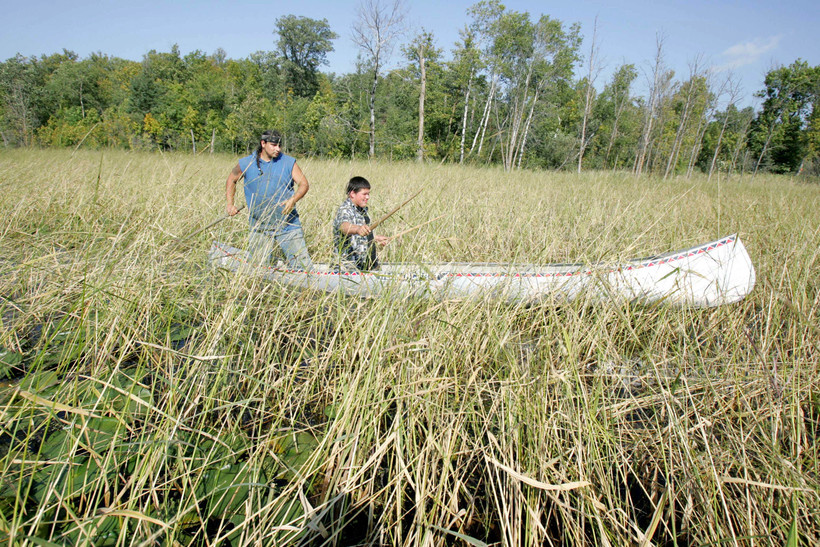 Tribal youth and elders in Wisconsin are seeing limited options for consuming traditional foods through federally funded tribal programs. The Great Lakes Indian Fish and Wildlife Commission is developing tribal food codes to expand the use of fish, game and plants harvested in tribal communities.

The effort is part of a three-year project funded in part by a $257,705 grant through the Social and Economic Development Strategies Program within the Administration for Native Americans.

"Due to the fact that those programs receive federal funding and need to meet certain food standards, we’re unable to take that donated food and use that to feed the children or to feed the elderly," she said.

Coffin said programs that were able to accept food donations had to pay to process meat in a certified facility. The codes will allow tribes who adopt them to utilize their sovereignty over their food systems and enhance economic opportunities for tribes.

"We want to make sure to strengthen our local economy versus being a part of a federal program and ordering food that comes shipped in on a truck," said Coffin. "A lot of these resources are available within our own communities or immediately outside of our communities."

As part of developing codes, they’re exploring whether to set standards on tools and ammunition used to harvest animals, as well as whether to encourage chronic wasting disease testing near tribal management zones. She said they want to ensure tribal members are able to consume food safely while practicing their federal treaty rights to hunt, fish and gather in ceded territories.

"Without doing that, I think it pulls us further and further away from our culture," she said. "It’s really important for our children to learn the importance of traditional foods and have access to traditional foods."

Coffin said they hope to present the tribal food codes to their member tribes next year. The commission represents 11 Ojibwe tribes in Wisconsin, Minnesota and Michigan.