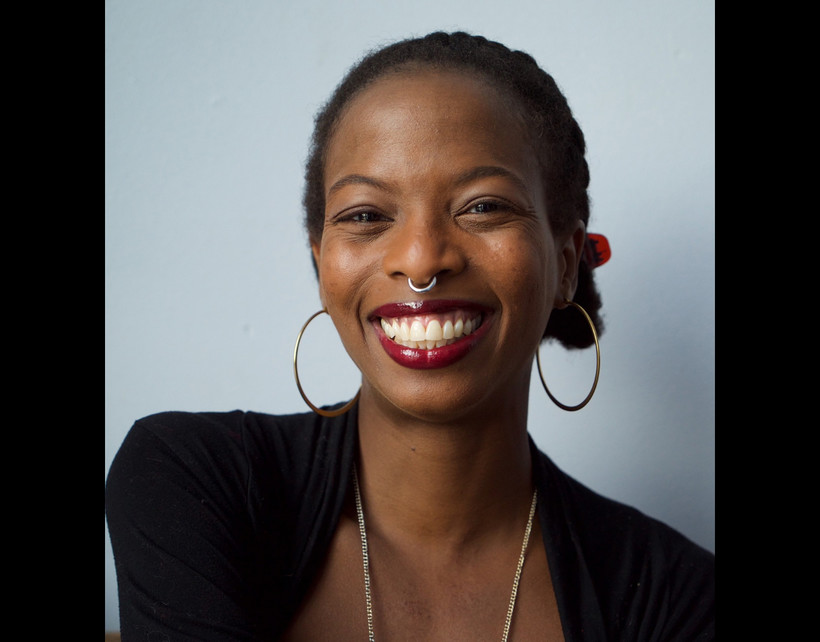 Comedian Maggie Maye Embraces The Things That Make Her Different

The Result: Original And Smart Comedy That's Decidedly Her Own
By Doug Gordon
Share:

Ever since she was a kid, Maggie Maye has always been trying to make people laugh.

"That's all I wanted to do is just make people happy for that moment," she told WPR's "BETA." "I'm not thinking that I'm making someone happy for the rest of their lives, but just for that moment in my sphere of influence, I'm able to make them feel good or forget about their problems."

Maye is now a successful stand-up comedian living in Los Angeles. Much of her success has to do with the fact that she embraces the things that make her different from other comedians and other people.

She said when she grew up in the Rio Grange Valley in Texas, she was the only Black kid in the community. Looking back, she notices how that played a role in her feeling alienated.

"Well, I guess after the fact, I'm able to see things a little bit differently," she said. "But at the time, I didn't really think that, if I did encounter anything, it was a microaggression from usually a kid who didn't know any better, sometimes adults. But it was definitely a situation where I recognized I was different from everybody else."

Maye said she grew up feeling like she was different from everyone else, and it was not necessarily just because of her race.

"I felt different from my siblings," Maye said. "I just kind of felt like a little bit of an oddball."

Maye recalls an incident at a church camp that provided more proof that she was unique.

This idea of being a jeweled pot had a strong impact on Maye. "I'm going to be different and I need to embrace that rather than try to pretend that I'm the same as everybody else," she said.

"When you let your freak flag fly, the freaks are like, 'Oh, there's one of us.' And you find people who you're supposed to find and you find your tribe and you're never going to be happy unless you just own what you are," she said.

Maye graduated early from Houston Baptist University. Her mother suggested she become a pharmacist; at the time, that seemed like a great idea. Maggie wanted to go to the University of Texas pharmacy school in Austin. But she was accepted into the pharmacy school at the Texas Tech Health Science Center in Amarillo. That's when she realized that she really didn't want to pursue a career as a pharmacist.

"I just had to be honest with myself that I really did not want to be a pharmacist," she explained."I just really enjoyed Ted Leo and the Pharmacists."

Maye has performed stand-up in several festivals, including Just for Laughs, Bridgetown Comedy Festival, and San Francisco Sketchfest (as one of the Sketchfest Dozen). She said one of the highlights of her career was appearing on Conan O'Brien's TBS show, "Conan," in 2015.

"That had to have been the best day," she recalled. "The thing that was the most pleasant for me was that I didn't have anything else in my mind other than that. Everything went seemingly perfectly."

"And back in Austin, I saw pictures later of three different launch parties — my favorite bar was one, some restaurant, and then at another bar that was close to where I hosted an open mic. And so that was also, for me, just an eye-opening kind of thing of like, oh, wow, I'm part of a comedy community and we all very much love and respect each other."

As for her future, Maye says she is working on honing her acting skills.

"I really want to be on a show," she said. "I like performing. I think that would be a great next step for me."