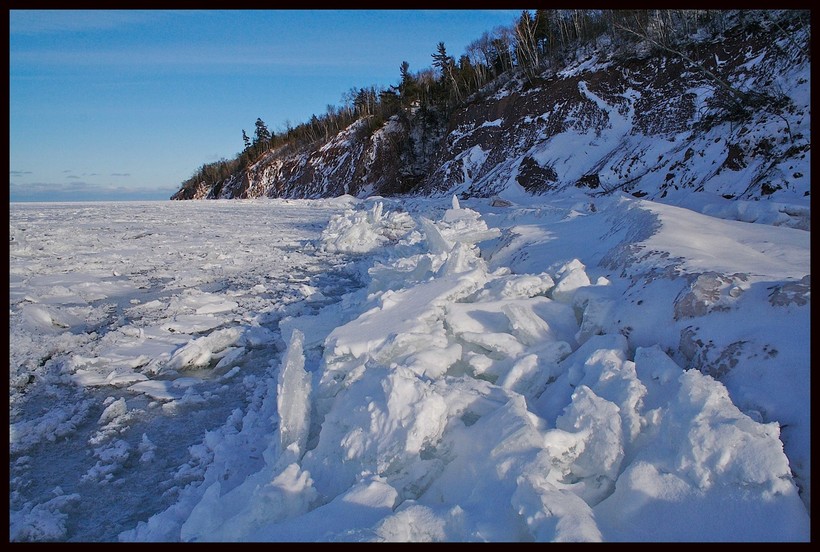 The U.S. Coast Guard began breaking ice on Lake Superior this week, with officials saying this is the most ice on the Great Lakes in a quarter of a century.

“The goal this week is to try to get her slowly out of her home port and draw some track inside the port. On the Duluth side of the harbor, we’re seeing anywhere from 34 to 36 inches of plate ice. On the Superior side, we’ve got reports that exceed 42 inches of plate ice,” Gill said.

Gill said that this is the most ice they've seen on the lake in 25 years.

“It’s probably a reasonable expectation that heavier ice breakers may be needed to help out on the west end," he said.

Gill said they’ll use commercial tugs as well so boats can be moving by March 17.

Heritage Marine Capt. Mike Ojard is one of those Twin Ports tug operators. He said just getting the tugs away from the dock is going to be tricky. It’s going to take days just to get the ice off the boat, he said.

“On the outside of our tugs, we have up to four-foot plus of solid ice, and we have to be able to get through that," he said. "We won’t be able to just start the engines and melt some ice with the wheels. It’s going to be chainsaws and ice augers in order to get our ice heaters down and be able to make the ships float once again.”

Gill said the lakers are already asking for help to leave harbor later this month.

“We’re going to actually have to provide escorts as vessels cross the lake,” he said.

The Soo Locks are set to open on March 25.