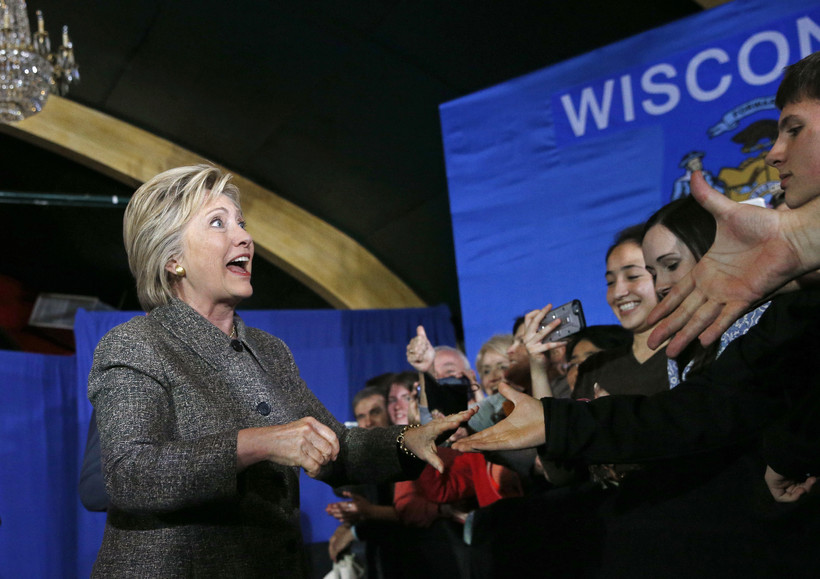 Earlier in the day, the former Secretary of State held a violence prevention forum in an African-American church in Milwaukee, in a neighborhood where there have been shootings.

Highlighting differences with Sanders on the issue of gun control, Clinton criticized a vote that the U.S. senator from Vermont made in 2005 to limit liability for gun sellers and manufacturers whose products are used in a crime.

"A law I voted against, President (Barack) Obama voted against when he was in the Senate, my opponent voted for," Clinton said.

Sanders has defended that vote, but has added he'd be willing to revisit the issue.

Clinton also called for more limits on gun sales and promised to take on the gun lobby, which she called the most powerful lobby group in Washington.

She said those who can afford to pay to go to college should do so and added that the Sanders plan requires states to take part, something she doubts Wisconsin's governor would do.

"Maybe Scott Walker would have a conversion experience but under Sen. Sanders' plan Wisconsin would be expected to chip in … $250 million to $300 million over 10 years."

Clinton also criticized Walker's record more broadly saying he's turned his back on things that "made this such a great, progressive state."

Clinton told the standing room crowd that she has endorsements from many union groups and will work to raise the minimum wage and ensure equal pay.  She added that, as president, she would work to make companies repay any tax credits they receive if jobs are moved out of the country.