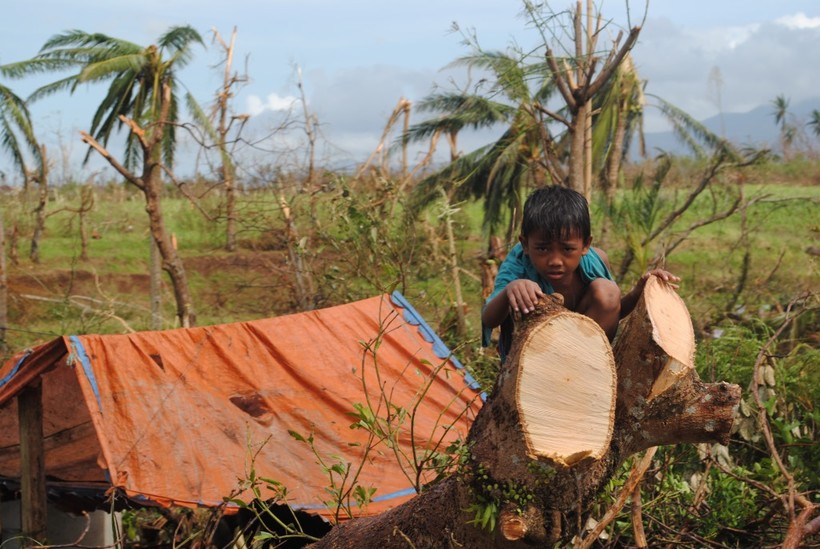 Tropical cyclones, like Typhoon Haiyan which struck the Phillipines earlier this week, were a part of the climate system before human beings first appeared on the planet.

However, since human beings began to populate the planet, human activity has gradually had an impact on the Earth's climate. Some climate experts have said that what has happened since the Industrial Revolution over the subsequent centuries have helped make these kinds of storms more dangerous than before.

Industrialization and human-created pollution was a big component in the change because it “changed the composition of the (planet's atmosphere) and it is (now) holding in more heat,” according to Jim Kossin, an atmospheric scientist with the National Climatic Data Center.

“When you mix greenhouse gases and the warmth of the tropics, we increase the speed limit of tropical storms,” he said.

Typhoon Haiyan registered as the most devastating typhoon on record with winds over 200 mph and more 10,000 people feared dead.

Is there anything humanly possible to keep this from happening again?  Kossin said there a few things people can do such as create new “protocols in the weather service in the Philippines, and the scientific community could get more involved.”

George Stone, an instructor in the Department of Physical Science at Milwaukee Area Technical College, said for the long-term, “we have to stop the atmosphere from increasing in temperature.”