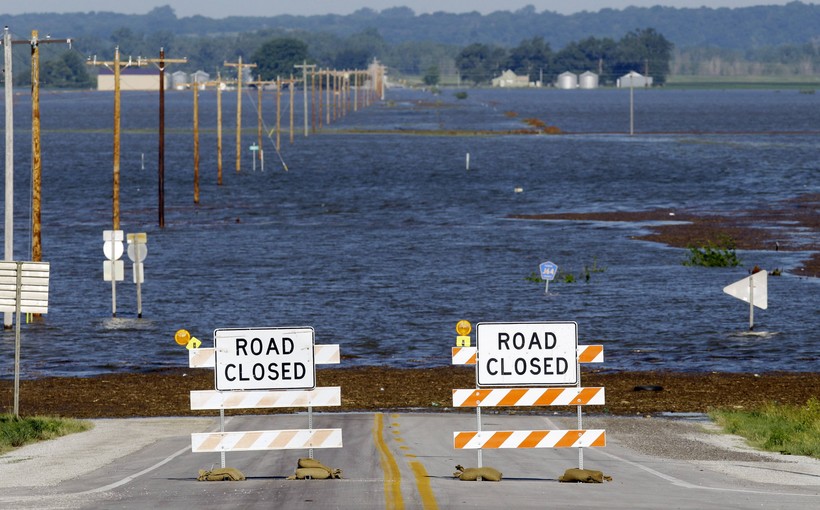 Wisconsin's infrastructure has seen better days, but according to a recent federal report on climate change, those problems are likely to get worse.

It's a cyclical problem. The rising temperatures and extreme weather patterns caused by greenhouse gas emissions — highlighted in the Fourth National Climate Assessment, NCA4 — are weighing on already vulnerable roads, bridges and highways, which the state depends on to facilitate large scale transportation. More driving leads to more emissions leads to increasingly vulnerable infrastructure, and so on.

It's an issue Jennifer Jacobs, lead author on the transportation chapter of the NCA4, calls a double-edged sword. We rely on transportation to make our society run, but it is a major contributor to a warming planet.

"Right now transportation is the largest emitter of greenhouse gases, and yet it is absolutely affected by the changing climate," she said.

And Americans aren’t slowing down. Highway miles traveled have increased 250 percent since 1960, and the trend is expected to continue, according to the report. Low fuel prices, along with increasing volumes of freight trucking and air cargo have all encouraged more travel.

"There's a lot of people, there's a lot of cars and we depend heavily upon that," Jacobs said. "The culture for the U.S. is certainly very, very driver centric."

Last year the transportation sector added over $400 billion to the United States gross domestic product, yet even without considering climate change impacts there is already a $1.2 billion gap in infrastructure needs, the report says.

"It's a struggle to keep our transportation network running, let alone make it less vulnerable to future extremes," she said.

Extremes like the flooding Wisconsin saw earlier this year.

The report names flooding as the Midwest's main concern for transportation infrastructure, but changes in precipitation levels have effects on both ends — too little rain can lower Mississippi River and Great Lakes water levels, limiting boat travel and affecting jobs and the transfer of goods, too much rain can flood roads and effectively shut the transportation system down.

And when extreme weather does occur, it often affects rural communities more acutely, Jacobs said. Rather than recovering in a few months, it can sometimes take years to repair the damage because of access to fewer resources.

"The other thing that happens in rural communities is that that road network is so important to small businesses and to people that live there, and small businesses can't afford to be shut down for months at a time," she said.

Extreme heat can also damage road quality, but a warmer planet also means an extended growing season, which requires the state's highways, roads and bridges to sustain more heavy use at the same time as many have been falling into disrepair.

"As we start having higher volume and higher weight crops coming out of the northern part of the region, we are going to move the transport into highways ... and we know that anytime we put more heavy vehicles on a road network it's going to create some damages," she said.

On the other end, Wisconsin's logging industry harvests 40 percent of its trees during the three months of winter and depends on freezing temperatures to access ice roads.

"But as our winters gradually warm, what we're seeing is more freeze and thaws during the winter season which means we don't get those hard freezes that allow the logging industry to go in and access those lands," Jacobs said.

While the report paints a bleak picture in many ways, Jacobs said the research has come a long way in terms of understanding transportation's vulnerability, and it’s potential.

"If we start understanding that the sector is highly vulnerable, we start also seeing that making smart decisions about our greenhouse gas emissions in the future is going to be one way to be able to help adapt in the future," she said.

Jacobs points to having a strong rail network for transporting agricultural goods as one critical option for using less energy than transportation by freight or truck, and while she’s optimistic about the future, she acknowledges both political and financial barriers to putting resources toward changing the system.