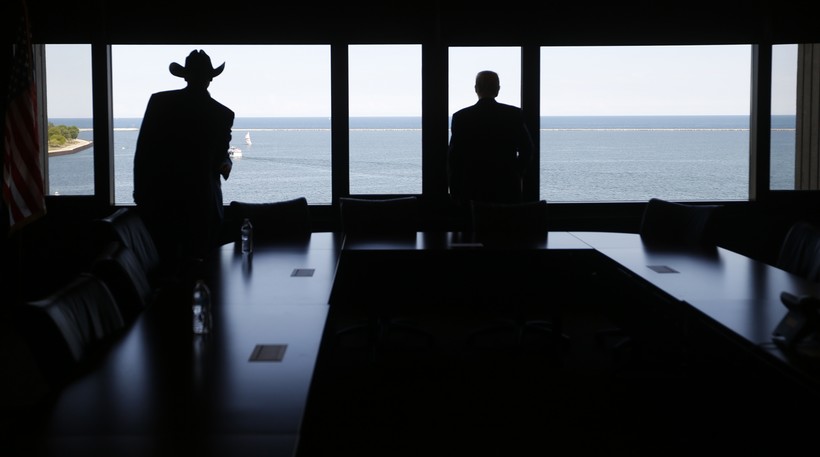 Clarke Appears To Be Job Hunting With Trump

The two reportedly talked about a potential job for Clarke in the Trump administration. The discussions come as Clarke continues to be criticized for four recent deaths at the Milwaukee County Jail, which the sheriff's office runs.

Scot Ross, executive director of the liberal group One Wisconsin Now, said the problems should disqualify Clarke from a higher position.

"And I think the buck stops with him," Ross said. "If he is unable to manage the Milwaukee County Jail, how is he going to, for instance, manage, say, the Department of Homeland Security, if, God forbid, he is given that job by Donald Trump?"

Clarke is also reportedly being considered for a White House policy position. The sheriff's office did not respond to WPR's request for comment about Clarke's meeting with the president-elect, or the allegations of mismanagement at the Milwaukee jail.

A doctor, who is a court-appointed jail monitor, recently found more than one-third of medical positions at the facility remain vacant. The physician said that makes it "extremely difficult" to properly treat inmates.