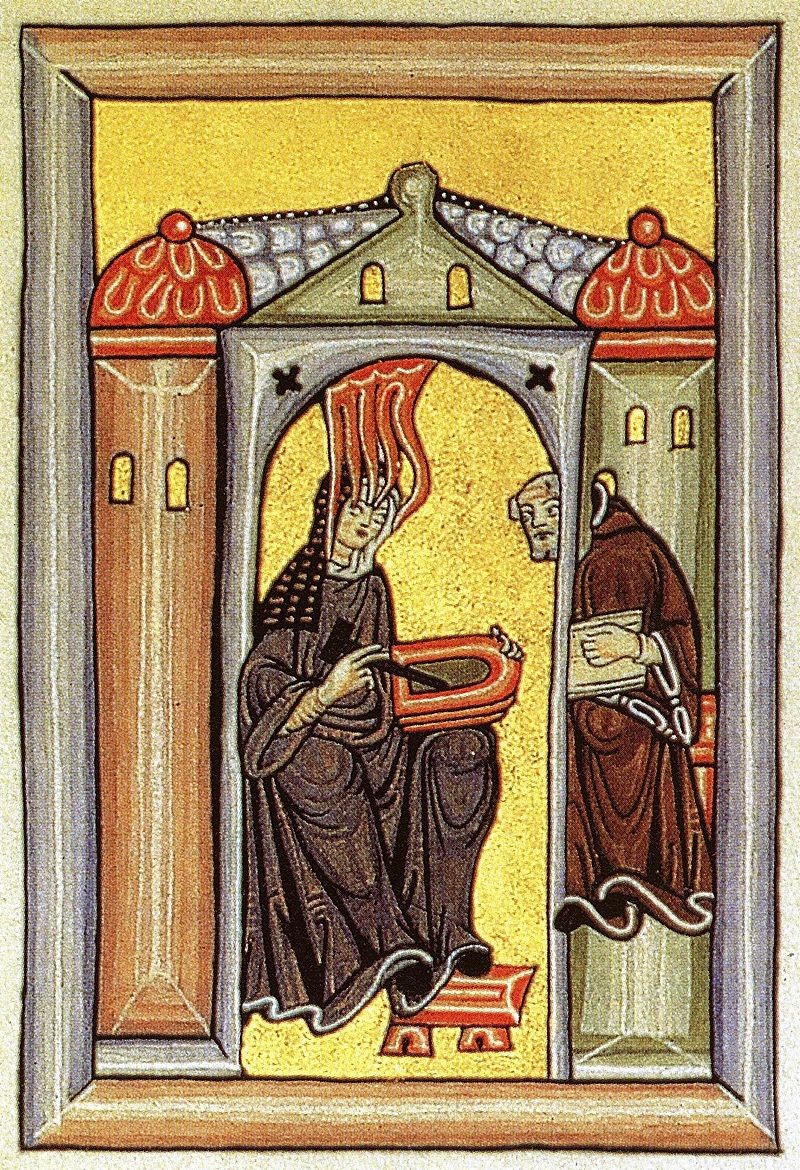 Although she had no formal education, she composed seventy-seven songs, blending words and music so well that they are still being sung eight centuries later. Hildegard of Bingen's inspiration came from a remarkable source -- her visions.

Hildegard was born in the German duchy of Franconia in 1098. Before she was three years old, she had begun to have visions accompanied by a great light. When she was eight, her parents entrusted her to a prioress named Jutta at a Benedictine monastery. Although she had no teacher, Hildegard did benefit from a lifelong relationship with a monk named Volmar who served as her advisor. She learned Latin, which enabled her to read the writings of the church fathers and other authors of the times. As the years passed, she used her reading as the basis of her own brilliant, highly creative writings.

As she passed into adulthood and took the vows of a nun, Hildegard continued to experience her visions, which she described this way:

At the age of forty-three, Hildegard was inspired to write down a series of 26 visions in a detailed work called Scivias or "Know the Way," which has been described as part theology, part anthropology, and part cosmology.

When the work was done, the pope thought so highly of it that he read portions of it to an assembly of cardinals, bishops, priests, and theologians. From then on Hildegard corresponded continually with the pope and his advisors. She became known throughout Europe.

Hildegard's charisma come through in her songs, which use Gregorian chant as a departure point but include a broader range of tone, soaring intervals, and rich melodic embellishment. Above all, they show the freshness and innovation of a composer whose creativity came from beyond the rules and confines of her time.