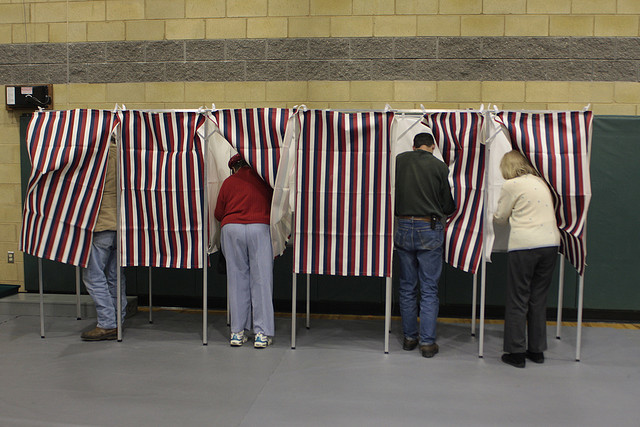 Citizens United Ruling Referenda Will Be On 12 Ballots Across State

Similar Referenda Have Already Passed 43 Times Before In Wisconsin
By Terry Bell
Share:

Voters in 12 Wisconsin communities will be asked next month if they support an amendment to the U.S. Constitution to rein in money in politics.

The referenda could be a rebuke of the Supreme Court's ruling in Citizens United v. Federal Election Commission, which removed limits on political spending by corporations, unions, and special interest groups. Similar ballot questions have passed by wide margins 43 times in Wisconsin in the past.

Mike McCabe, the director of the Wisconsin Democracy Campaign, said the results are the same all over America.

“What's growing in this country is a national consensus: Over 500 communities, and now 16 full states, have already gone on record as saying the Constitution should be amended to reign in money in politics,” said McCabe.

While voters are lining up against the Citizens United ruling, a flurry of recent legal rulings have sided with it. McCabe, however, said that regardless of whether they're successful, these referenda can still have an impact on judges and lawmakers. He points to the push for the Equal Rights Amendment in the 1970s, which ultimately came up short.

“But the push for the ERA did change the nature of the way court cases were being decided by judges,” he said. “It changed laws across our country. It ended up producing greater gender equality, both in legal decisions and in the law.”

The referendum is being offered in communities as small as Ripon, and as large as Milwaukee County.