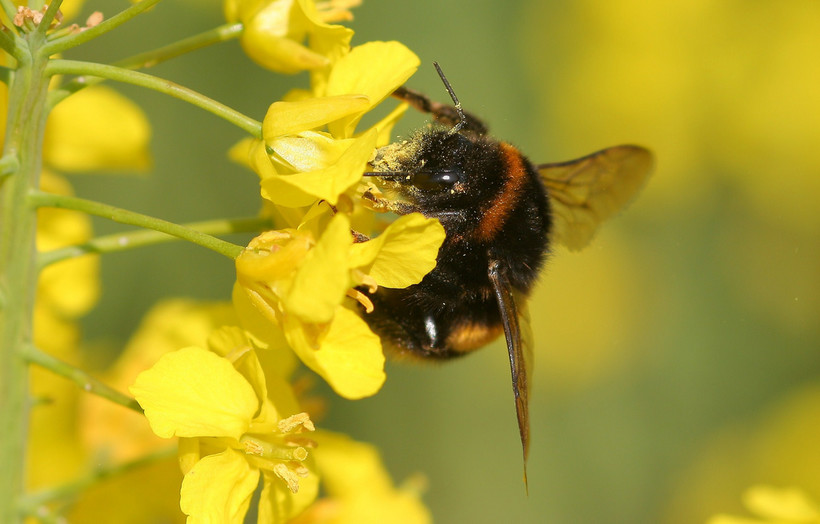 As bumble bee populations continue to decline across the world, numerous conservation efforts are underway, including one at the University of Wisconsin-Madison Arboretum.

To learn more about the bumble bees in their borders, Arboretum officials enlisted the help of volunteers and citizen scientists.  Their task: Get out the camera and start snapping photos of the insect.

"The volunteers can go to any area of the Arboretum, any flowering area that they like to visit, and take their photographs," said Arboretum native plant gardener Susan Carpenter.  "If you’ve taken adequate photographs, you can identify bumble bees from pictures, which is different from a lot of the other tiny little bees that you might run across in the garden where you’d need an actual sample of the bee."

The bumble bees in the photos are then identified and uploaded to a database.

Carpenter said the specific interest in bumble bees began in 2011, when a rare species of bumblebee was discovered in the Arboretum.

"It kind of got us started on learning more about our bumble bees," Carpenter said.  "How many bumble bees do we have?  What resources are they using?  Which plants do they visit?  With so many different species, we noticed a lot of differences in a lot of those characteristics."

Carpenter said there’s at least 11 species of bumble bees in the Arboretum.  She estimated that there are about 14 species total in southern Wisconsin. In addition, she noted that Wisconsin has over 400 species of wild bees.

"We have a tremendous diversity," she said.

Because of the abundance of native plants, bees and other pollinators are naturally attracted to the Arboretum.

The Arboretum’s effort is part of a broader effort to track the distribution of bumble bees, including the Xerces Society’s Project Bumble Bee and Bumble Bee Watch.  Citizen scientists everywhere are encourage to submit photos of bees, which are then identified and placed on a map.

Carpenter said that’s having an impact.

"For rare bees that are declining, and even for common bees, we can see a lot more about the distribution because people everywhere are submitting their photos," she said.

The Xerces Society also provides a more in-depth guide to creating and managing habitats for bumblebees.