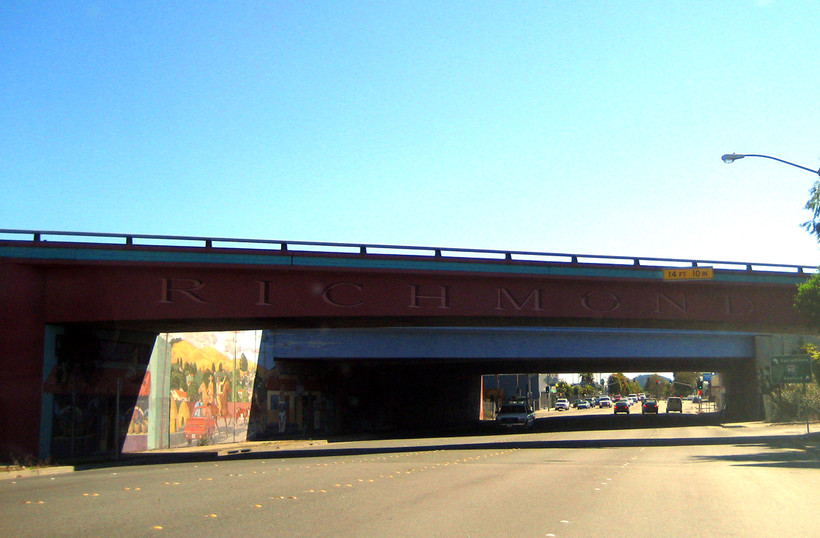 Cities have often used the power of eminent domain to buy up blighted properties to make way for a new highway or shopping mall, much to the dismay of some homeowners.  But now, the efforts of a California city to use the same legal tool to help people who are struggling to stay afloat during the current foreclosure crisis is sparking debate.

Officials the working-class city of Richmond, Calif., are exploring the idea of using eminent domain to help some homeowners. The idea is meeting with cheers from members of the Home Defenders League, a national movement of underwater homeowners and allies who have said they’re “fighting to get back what Wall Street stole from them."

Kevin Whelan, league's campaign director,  said that roughly half of all homeowners with mortgages in Richmond are underwater, meaning they owe more — in some cases three or four times as much more — than their home is currently worth.  He said he applauds Richmond officials' bold and strategic move and thinks other U.S. cities will follow suit.

"There’s been too little relief for these homeowner and that’s why communities like Richmond want to make fair market offers to a number of servicers (who buy these loans), but are prepared to use eminent domain to ensure that these homeowners will have some of their equity restored," he said.

However, some warn against this idea. Christopher Killian, managing director and acting head of the securitization group of the Securities Industry and Financial Markets Association (SIFMA), disagrees with the city's approach.  He said of the current loans in Richmond, 46 percent of them have already been modified to an interest rate below 3 percent.

Whelan said that although the loan modifications might have been made to reduce interest rates, many of these homeowners are still facing massive debt. He said that one homeowner who he works with has a loan for $340,000 on a home that’s only worth $110,000.

Still, Killian said he believes that in order for eminent domain to be enacted, one main constitutional requirement has to be met.

“There has to be a public purpose,” said Killian. “And in this scheme, the public purpose doesn’t hold up, because only a small group of people benefit in this community, but the harm is to the multitudes of private investors across the country, who own those securities.”

SIFMA is one of a number of companies opposed to the efforts, but many other city officials are watching this carefully and considering similar moves.