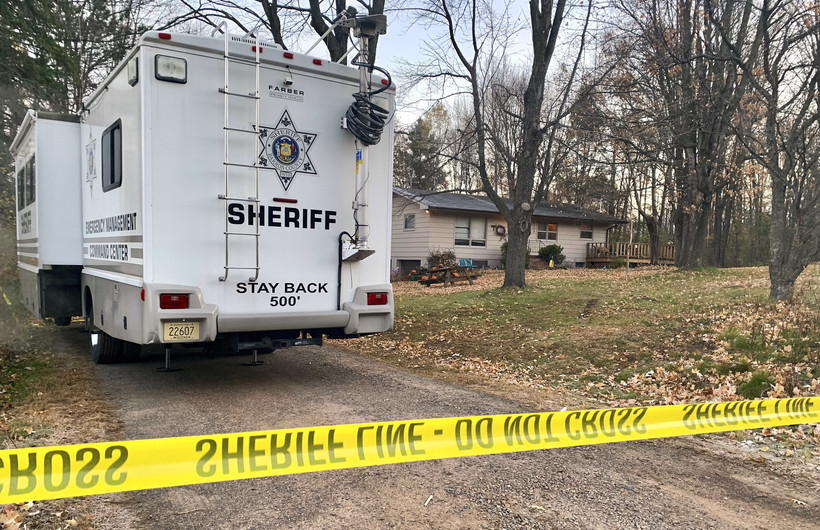 A Barron County, Wis., sheriff's vehicle sits Tuesday, Oct. 23, 2018, outside the home where James Closs and Denise Closs were found fatally shot on Oct. 15. A search was being organized to find the couple's missing 13-year-old daughter, Jayme, and a statewide AMBER Alert has been issued. AP Photo/Jeff Baenen

Authorities: Jayme Closs Escaped After 3 Months Of Captivity
By The Associated Press
Share:

Residents of two Wisconsin communities gathered for a church service this weekend to give thanks for the safe return of 13-year-old Jayme Closs, who was abducted and her parents were fatally shot.

Jayme Closs escaped from the man accused of holding her captive for nearly three months on Jan. 10. The suspect, 21-year-old Jake Patterson, is charged with kidnapping Jayme and killing her parents after breaking into their home near Barron on Oct. 15.

St. Peter Catholic Church in Cameron held the funerals for James and Denise Closs. The church on Sunday night held a happier service for residents of Barron and Cameron to celebrate the reuniting of the couple's daughter with her relatives.

Barron County Sheriff Chris Fitzgerald said, "We've done the impossible, and it starts with a 13-year-old girl and it ends with a community of 44,000 strong."