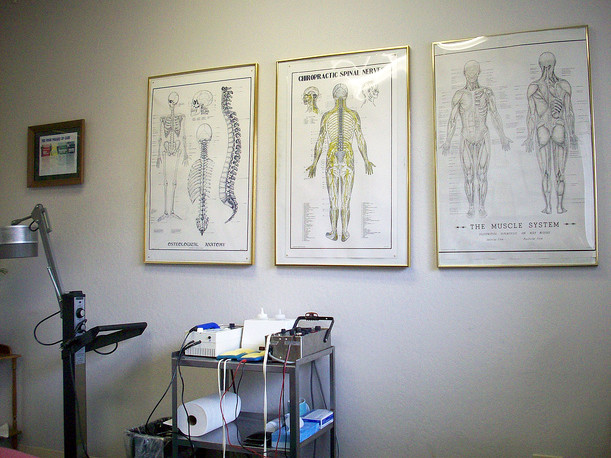 Chiropractors are making a late session push to get lawmakers to approve a bill that would allow them to do sports physicals in Wisconsin.

But medical doctors say they're concerned chiropractors may not have the extensive training they say is needed to detect conditions like heart abnormalities, concussions or diabetes.

The full Assembly passed a version of the bill in June authored by Rep. Chuck Wichgers, R-Muskego.

At a public hearing Tuesday before the Senate Committee on Health and Human Services, Wichgers testified he gets treatment from a chiropractor and has several family members who are part of the profession.

Wichgers said allowing chiropractors to do so could ease a projected doctor shortage in the state.

The Wisconsin Medical Society is opposed to the bill as it is written now, which would also allow chiropractors to perform physical examinations of commercial truck drivers.

Many doctors also have concerns with the bill as it's currently written.

"Medical training does not prepare me to safely and competently perform chiropractic manipulation. A chiropractor’s training does not prepare him or her to competently and safely provide a comprehensive physical examination," said Alan Schwartzstein, a family physician at Dean Medical Group testifying on behalf of the Wisconsin Medical Society. "They are not prepared to detect the wheezing in a child that may represent undiagnosed asthma. They are not prepared to hear the subtle (heart) murmurs which may be the only clue that a child is at risk of sudden cardiac death."

Chiropractors say other states allow the profession to offer more services, and that Wisconsin should too. Madison-area chiropractor Eric Gormanson told lawmakers he had performed over 100 sports physicals while working in Missouri, without any additional training or certification.

"After my return, I was surprised to learn that recognition of chiropractic education in Wisconsin — a state that has historically been considered progressive — was lagging so far behind other states," testified Gormanson.

The Assembly took out provisions allowing chiropractors to do acupuncture and chiropractic dry needling.

Since then, it's been amended by Senate author, Luther Olsen, R-Ripon, to prevent chiropractors from performing physical examinations for youth athletes, those in technical colleges and universities after undergoing additional training.