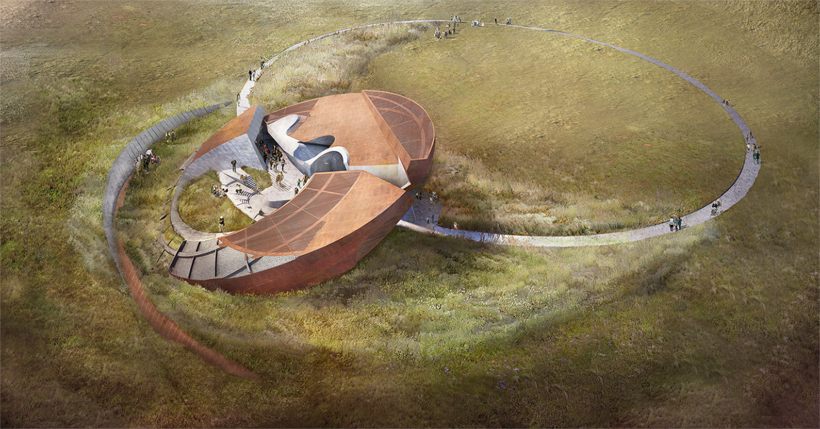 Design teams from Japan, Jordan, Italy and the United States are competing to build a Cold War memorial in Kenosha County, Wis. Orbits of Time is by Jenny Wu and Dwayne Oyler of Oyler Wu Collaborative in Los Angeles, California, USA Rendering courtesy of Tawani Enterprises

Design teams from the United States, Italy, Japan, and Jordan are competing to build a Cold War monument in western Kenosha County. 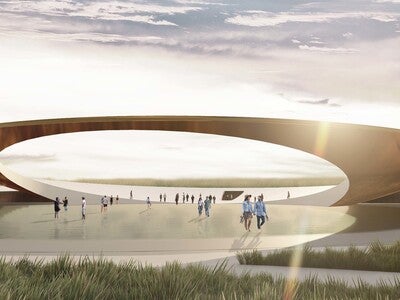 Chicago billionaire and founder of the Pritzker Military Museum & Library retired Col. Jennifer Pritzker is behind the project.

She said as a Cold War veteran herself, she doesn’t think individuals who served in the military from 1945 to 1991 without seeing combat have gotten the recognition they should have.

"It’s because this conflict took such a different manifestation than other conflicts," Pritzker said. "It was such an ongoing thing it didn’t always result in fire fights, but there were casualties, but not in the same way we think of conventional declared wars."

Museum board member retired Capt. Jay Williams said by learning more about the major events during the Cold War including the Bay of Pigs, Berlin Wall, and arms and space races between Russia and the U.S., people will have a better understanding of today’s geopolitics.

"You had nuclear-armed countries confronting each other and yet nuclear war did not break out," Williams said. "We thought after that, democracy wins. And here we are now, where the main threats to the U.S. now are a competition of Russia and China so we’re back to where we were in the Cold War so I think we better understand where we came from to prepare for the future."

The monument has been in the works for several years. The Somers Village Board unanimously approved plans for the campus in November 2019. 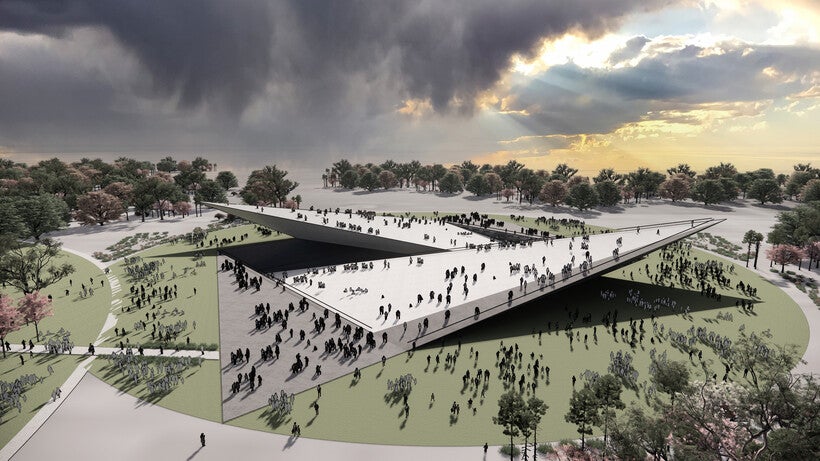 Full completion of the campus will be done in three phases and is expected to take 10 years.

Donald Stastny, who is overseeing the design competition for the memorial, said a winning design will be announced publicly in March 2022. From there, the memorial will likely take about three years to complete.

Stastny said the memorial will be interactive, reflective and a place of honor.

"It is different than other memorials where there is an event, like World War I, World War II, this is a series of events and situations that occurred over a 46-year period," Stastny said. "The military is an integral part of it, but there was also development in diplomacy, technology, all of which fits into what the Cold War is about."

Jennifer Pritzker, part of Chicago’s powerful, wealthy Pritzker family that made its fortune with companies including Hyatt hotels, said the most rewarding time in her life was serving in the military.

Pritzker created the Tawani Foundation in 1995 to promote the idea of the "citizen soldier" and support the preservation of military heritage, conservation and preservation of historical sites.

She said the project in Somers will be her legacy.

"Yes, there is some recognition for different parts of the Cold War, such as Korea and Vietnam, but not for the Cold War in its entirety and it was such a pervasive part of American life," Pritzker said. "I feel like I’m speaking for not just my own generation, but the generation before me and after me. It’s kind of overwhelming for me because I didn’t think I would be involved in something of this magnitude." 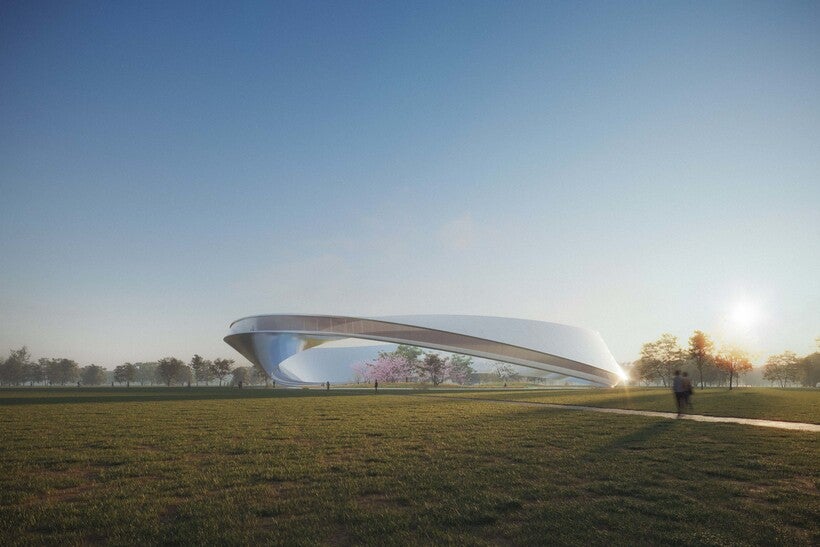