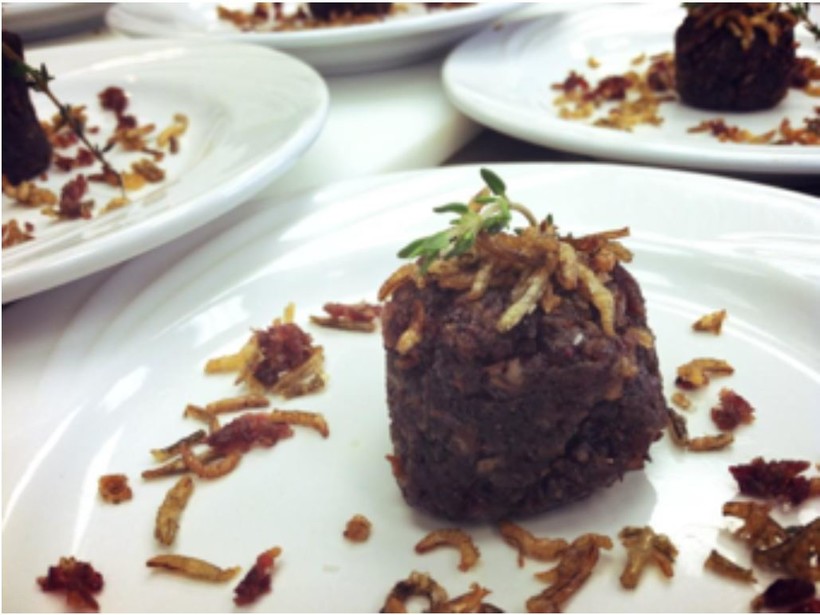 Chances are good that any given reasonably sized city will have restaurants serving Italian, Mexican or Chinese food. There might even be a crab shack or barbecue joint.

The likelihood of there being a restaurant that serves Native American cuisine, on the other hand, is fairly small.

For the Twin Cities, that’s about to change: Later this year, Sean Sherman plans to open Minnesota's first “pre-contact" restaurant, appropriately named the Sioux Chef. The menu is inspired by the wild and cultivated foods of the Dakota and Ojibwe tribes of the Midwest, and will rely strictly on the indigenous foods of North America.

Sherman grew up on the Pine Ridge Indian Reservation in South Dakota, where he first learned about the traditional foods of the plains by foraging for plant food, hunting game and smoking lean meats.

Like his ancestors, Sherman prepared food with the changing seasons, making sure to preserve nutrition through the grip of winter. Now, he hopes to modernize those dishes that have sustained life and satisfied taste buds for generations.

“It’s unfortunate that this food culture has kind of gone forgotten,” Sherman said.

In order to build his menu, Sherman sought out to gather recipes of various Great Plains tribes but didn’t find much. Frybread and Southwestern recipes dominated the recorded history of tribal food. He had to dig deep and rely on oral history to find dishes true to form.

Sherman’s research ultimately led him to begin exploring wild foods. Sherman said that because of that, he sees the world differently now.

“It really changed my perspective when I went out into the forest. I just started seeing food everywhere,” he said.

The food that Sherman prepares is clean, minimal and elegantly plated, and includes recently harvested ingredients that reflect the current season.

As for the restaurant itself, Sherman said he wants it to be non-pretentious, approachable for Native and non-native people alike, and a family-style place where diners can share plates.

“We are anxious to showcase to the world that the culinary history and flavors of America's Native peoples are beautiful, bountiful and sacred,” Sherman’s said.