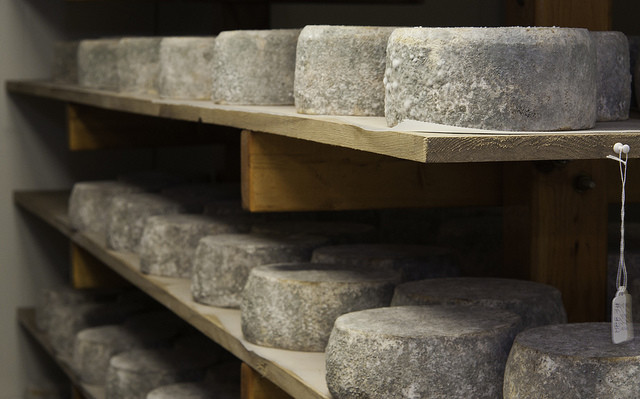 Non-toxigenic E. coli is a form of bacteria that doesn't cause disease, but is measured by regulators to test the overall cleanliness of cheese. Before a 2009 rewrite of the regulations, the FDA allowed up to 10,000 colony-forming units per gram. Under the new standards, the administration will take disciplinary action if a product contains over 10 units of the bacteria in three out of five samples.

The lawmakers who signed the letter have joined a number of producers in expressing concern about how the stricter standard could affect cheese production.

"That's going to have a tremendous (economic) impact for a lot of smaller cheese creameries like us that cannot afford to have so much cheese, aging cheese in our inventory," she said.

John Umhoefer, executive director of the Wisconsin Cheese Makers Association, said only about 1 percent of cheesemakers in Wisconsin produce raw milk cheese. Even then, he thinks both pasteurized and raw milk cheese should be held to the same standard, so long as that standard is based on scientific research.

"That's what we need going forward is not an opinion from FDA, but basically a conclusion based on science," Uhhoefer said.

"(With pasteurized milk), basically you start on ground zero. But with raw milk, there always will be something in it, and it does not mean that it has to be harmful," Penterman said.

Louise Hemstead is the chief operating officer for Organic Valley, a company that makes a few varieties of raw milk cheese along with their regular pasteurized products. Hemstead said Organic Valley’s business standard for levels of non-toxigenic E. coli will meet the new FDA requirements, but she still doesn’t think the standard should be as strict. She said enforcing such a dramatic decrease in the allowed amount of non-toxigenic E. coli will be hard on small cheese producers.

By way of example, Hemstead said to consider a producer who is making 100 pounds of cheese per day. The costs of running tests on the cheese or "sending it out to another lab" can amount up to $60, by her estimate.

Penterman said she hopes the FDA can work with raw milk cheese producers to set a more realistic standard.