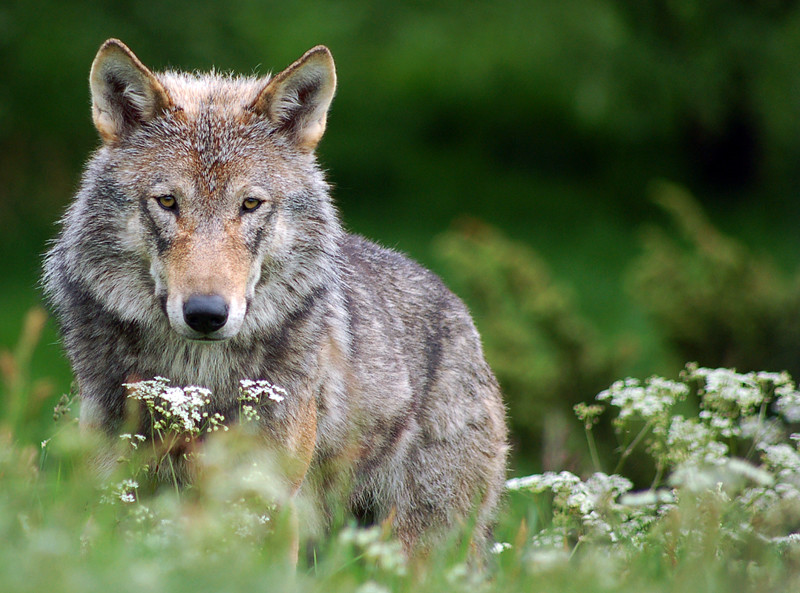 The relisting of the gray wolf as an endangered species in the western Great Lakes region has renewed debate over its recovery and how to manage wolves. Fifty-five years ago, gray wolves were nonexistent in Wisconsin. Since then, their numbers have grown to just under 700. Dave MacFarland, a large carnivore specialist for the Wisconsin Department of Natural Resources, said the back and forth with the wolf’s protected status changes how agencies manage them.

“Now that we have implemented a hunting and trapping season in the state that was designed to reduce the population and was effective in doing so, that’s a pretty significant change in the management of the species,” said MacFarland.

Wisconsin began holding a hunt in 2012. But, a federal judge’s ruling put wolves in the region back on the Endangered Species List last year, banning future hunts in Great Lakes states. Despite the ruling, wildlife managers largely agree the gray wolf is recovered in the region. Pete Fasbender is a field supervisor with the Wisconsin Ecological Services Office of the U.S. Fish and Wildlife Service. He said the change in status shakes public trust.

“You have producers that are trying to make a livelihood,” Fasbender said. “They’re affected by wolf depredations, and you have folks that really love wolves, and their wolves are being taken. It’s kind of this balancing, right? And, the public hears this and they just lose faith that the government can manage wildlife.”

A group of researchers released findings last fall about what happened to wolves in Wisconsin during recent shifts in their status. Erik Olson, an assistant professor of natural resources at Northland College, said they found fewer wolves were killed illegally when state managers could kill wolves to resolve conflicts.

“When they lost that authority or there was a year where they had less authority to do that control, illegal killing increased,” said Olson.

Dave Ruid says one reason may be that alternatives to deter wolves, like lights or sirens, don’t always work. Ruid is a supervisory wildlife biologist with U.S. Department of Agriculture Wildlife Services in Wisconsin.

“Most would argue that probably there’s greater illegal mortality when people get frustrated,” said Ruid. “They’re trying to resolve conflicts on their own. Limited, site-selective lethal control of depredating wolves has not impeded wolf recovery across the western Great Lakes region.”

But, that’s not the issue for Melissa Tedrowe, Wisconsin state director of the Humane Society of the United States. Tedrowe said she lost trust in the state's ability to manage wolves when it approved a wolf hunt.

“There may be a wolf that’s causing a problem, but to have an indiscriminate hunt taking out packs, threatening the species — it’s not warranted and it doesn’t work,” Tedrowe said.

The Humane Society is petitioning the U.S. Fish and Wildlife Service to reclassify wolves as "threatened," which would still ban wolf hunts but allow specific wolf kills.

For Wisconsin’s Native American tribes, wolf protection is a matter of respect for an animal they view as a brother. Peter David is a wildlife biologist with the Great Lakes Indian, Fish and Wildlife Commission, which represents 11 Ojibwe tribes in Minnesota, Michigan and Wisconsin.

“The tribes have supported keeping wolves as an endangered species because culturally, they see the kind of protection provided by that as being appropriate for wolves,” he said.

David said finding a middle ground on management begins with people feeling like they have a say in the process. With that in mind, the DNR's MacFarland said the state conducted a survey last year of factors that influence people's attitudes toward wolves. He said that will guide an update of Wisconsin's wolf management plan.

“It’s not meant to be a referendum or a vote,” MacFarland said. “It’s meant to be another piece of scientific data to inform the decision-making process in the same way that our biological data does.”

MacFarland said it's then up to the decision-makers how to use that information. He said they hope to get public input on an updated plan this summer and present it to the Natural Resources Board in the fall.