There are few things more important than food and water. They sustain life and our economy. In Wisconsin, both face numerous challenges but they also offer countless opportunities. Throughout 2017, WPR news reporters took a look at these precious resources. We have explored what they mean for Wisconsinites' lives and what they might look like in the future. Find stories on "Morning Edition," The Ideas Network, on our podcast and online.

State Of Change: A WPR Special In an hour-long special, WPR reporters look toward the future of food, land and water in Wisconsin. Explore issues and stories surrounding the state’s most precious resources.

The podcast edition of this hour-long special is a collection of select stories going behind the scenes into some of the state’s most important resources and exploring WPR journalists’ insights into their findings from a year of reporting across Wisconsin.

According to the Wisconsin Initiative on Climate Change Impacts, winter temperatures in the state have increased 2.5 degrees between 1950 and 2006. And in the northwest corner of the state, it’s risen even more. So, what will Wisconsin's climate be like in the future? Scientists with WICCI have created an interactive mapping tool that helps the public see for themselves.

More than half of the people running a farm’s day-to-day operations are over the age of 55, according to the U.S. Department of Agriculture's Census of Agriculture. As the industry ages, young farmers are needed more than ever. While there are many ideas floating around on how to address this issue, one solution is creating mentorships.

As farmers argue whether to focus on supply or demand for milk, the philosophical split among dairy farmers could determine the future of the industry.

New Farming Techniques May Save Wisconsin Soil From Climate Change

As climate change leads to more frequent heavy rain events in Wisconsin, the risk of soil erosion becomes increasingly pertinent for the state's farmers. Northcentral Technical College’s Agriculture Center for Excellence is working with the farmers of tomorrow to introduce no-till farming and cover cropping to minimize erosion across the state.

As of January 2017, Wisconsin was home to nearly 300 CAFOs. While agribusinesses have a tremendous impact on the state's economic viability, they pose the potential to pollute local drinking and surface water. 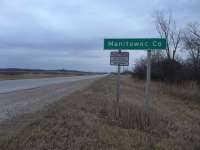 Food buyers, bloggers and social media influencers from China and India recently came to Wisconsin’s cranberry country in hopes of driving up demand for the fruit overseas. 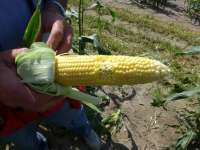 Industry experts are calling on the state to be proactive about innovation in the food industry. If producers don’t respond to changing consumer demands, Wisconsin may no longer be a top agricultural producer.

Wisconsin farmers and environmentalists are cooperating in efforts to beat back the spread of blue-green algae on Lake Petenwell, a flowage on the Wisconsin River northeast of Necedah.

Wisconsin Wine Industry Is Growing, Thanks In Part To Cold-Hardy Grapes 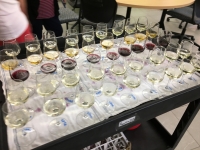 There are 124 permitted wineries in Wisconsin, more than three times as many as there were 10 years ago, according to data from the state Department of Revenue. So what's behind this growth? New kinds of grapes, known as "cold-hardy," meaning they can withstand extreme winters and still make great wine. 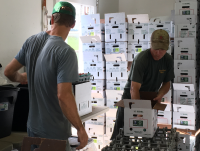 Wisconsin was among the top five states in the nation that made the most food sales directly from the farm in 2015, according to the first ever local food survey from the U.S. Department of Agriculture.

Last year, a little more than 2 million gallons of milk from the region including Wisconsin and Minnesota were dumped, according to data from the Federal Milk Marketing Order. That’s enough to fill three Olympic-size swimming pools.

After a decade of stagnation Wisconsin's aquaculture industry is seeing new growth led by a new generation of fish farmers. To sweeten the deal a Republican state senator's recently signed bill eases regulations, but some environmental groups are worried it could open the floodgates to increased pollution in the state's waters.

The Hernandez family and other dairy workers are heading back home amid hostile rhetoric, rising immigration arrests in the Midwest and nationwide. 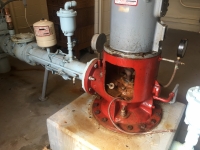 Wisconsin municipalities aren't required to disinfect their drinking water if it passes tests for certain bacteria, but researchers say viruses are finding their way into water sources undetected.

Green Bay Could Have Its Beach Back In The Near Future

Swimming at Bay Beach in Green Bay was once a summer attraction for people of all ages. However, pollution closed the beach to swimmers in the 1940s. Now, the city is doing a feasibility study on reopening the beach, which has some people hopeful that there will be a local beach to visit again soon.

In Wisconsin, the idea of food that's grown for and by city residents isn't a new one. Urban agriculture projects of various sizes are continuing to grow. One of the state's urban agriculture leaders is celebrating his 25th anniversary in the movement, while another has a waiting list of people who want to grow their own food. 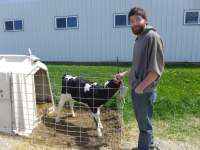 As the Trump administration works to change the North American Free Trade Agreement, some Wisconsin farmers are concerned about how the trade talks will impact the dairy industry.

Donald Justin Isherwood is suing the Portage County Drainage District over the tradition of dredging ditches in order to keep fields dry for agriculture. The lawsuit, filed in July 2016, seeks to keep the district from ripping out a half-mile trout habitat Isherwood created in a ditch that runs through his property.

Wisconsin has lost more than 2.5 million acres of farm land since 1982, according to the most recent national data. Farmers may often sell off land to pay down debt or fund their retirements. But some farmers are protecting their land from development to keep farming for future generations.

Wetlands and business have long been at odds with one another. As industry, housing and agriculture expand, there is pressure to fill swamps, marshes and bogs. But there are a growing number of companies whose business is restoring wetlands in Wisconsin. 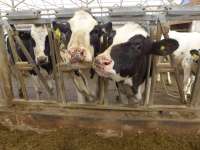 Average milk per cow has shot up since 1950. Today, we have less than half as many dairy cows as we did then, but now they produce almost twice as much milk. 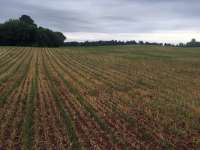 Some Wisconsin growers are partnering with the federal government on techniques to reduce manure runoff but an unclear budget picture in Washington has the future of the efforts in doubt.

Since Donald Trump was elected president of the United States, Wisconsin dairy farmers are struggling to keep their immigrant workers. The employees cite hostility and heightened enforcement by law enforcement as reasons to possible leave the country. In response, dairy farmers are raising wages to attract and keep Mexican and Central American employees.

Wisconsin author and farm historian Jerry Apps is concerned about the future of the environment and water. He argues as a society we need to view water the way his father did 80 years ago — as a precious resource that should not be taken for granted.