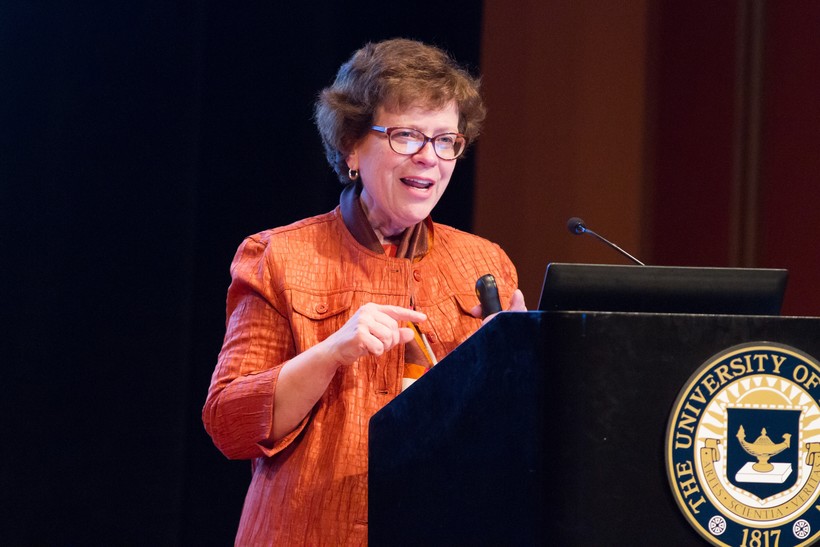 University of Wisconsin-Madison Chancellor Rebecca Blank says reports that the UW has abolished tenure are "simply wrong." But she did express concern that the decision by Republican lawmakers to remove tenure protections from state statute could have negative consequences for the school.

"Anyone who thinks it’s not having an effect on the reputation of this university isn’t paying attention," said Blank.

Last month, GOP members of the state Legislature's influential budget-writing committee approved the tenure changes alongside a $250 million funding cut to the UW System. The move replaced a more ambitious plan from Gov. Scott Walker that would have created a public authority to manage the university system, but that ultimately fell apart.

The UW Board of Regents subsequently chose to continue tenure as a matter of system policy, but some academic observers and faculty members have predicted the changes are likely to spark an exodus of talented faculty to competing universities.

Until now, Wisconsin has been unusual compared to other states in the strength of protection given to tenure in state law. Blank said the pending changes shouldn't be blown out of proportion.

"We’re not abolishing tenure, we’re just going onto the same process that all of our peers have … This simply puts us on a level playing field with them," Blank said.

Addressing concerns that new language could create an opening for backdoor layoffs and could step on academic freedoms, Blank said university authorities would write language that assured the university would only consider ending tenure under major program closures. And, she continued, "under those circumstances we would almost surely look at all options before we’d consider ending tenure."

"You very rarely eliminate faculty tenure because it’s a very important concept. It’s not something you play with lightly," Blank added.

Republican Assembly Speaker Robin Vos has been critical of tenure, calling it an "anachronism" and essentially a "job for life."

"This is about freedom of ideas, not jobs for life," she said, adding that if the university stopped offering tenure or offered tenure with very limited protections, it would lose all its top faculty. "My faculty have a reputation at this university. They would go to another university that offered them those sorts of protections."

Blank said she fears that all the negative publicity could also serve to drive away the UW’s top faculty.

"If I’m going to keep them at this university, there’s got to be some sense that there’s an appreciation in the state of the quality of the University of Wisconsin at Madison and of the importance of us having the best faculty," Blank said. "I’d like to hear more of that from some of our state leaders than I have."