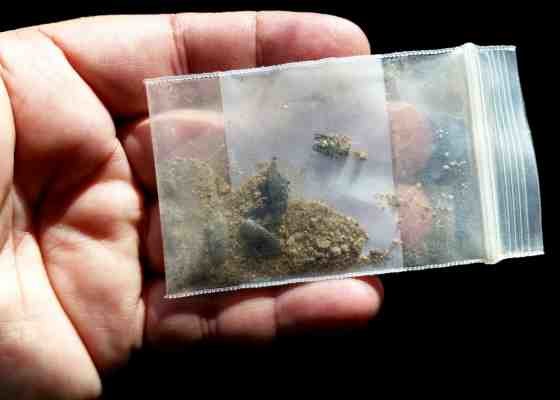 The Cerceris project aspires to collect as many insect samples as possible.

Invasive species are a familiar and persistent challenge across the United States. Kudzu is engulfing the South, gypsy moths have been consuming forests in the East, and the emerald ash borer (Agrilus planipennis) is wreaking havoc on several species of ash trees here in the Midwest. After habitat loss, invasive species pose the greatest risk to global biodiversity, according to renowned ecologist E.O. Wilson. The goal of the Wisconsin First Detector Network is to improve the early discovery and reporting of invasive species in the state, a first step toward protecting our natural areas.

Volunteers can get involved in several ways in efforts to track invasive species in Wisconsin. The easiest place to start is to download the Great Lakes Early Detection Network smartphone app, watch a 5-minute tutorial video and get ready to report invasive species spotted on roads, hiking trails or anywhere else outdoors.

For people looking for a more organized way to get involved, helping with Cerceris wasp biosurveillance is a great option. A collaboration between University of Wisconsin-Extension and the U.S. Department of Agriculture (through its Animal and Plant Health Inspection Service's Plant Protection and Quarantine program), the Cerceris project may be the most effective way to detect emerald ash borer in areas where it is not firmly established. An audio slideshow describes the project and how volunteers can help track the insect.

The emerald ash borer is notoriously difficult to detect in low densities with traditional pheromone and sticky traps. The Cerceris project overcomes this problem by capitalizing on the efforts of a small native ground nesting wasp (Cerceris genus) to do the hard work of finding the invasive insect. This wasp prefers to nest in disturbed sandy soils, just like those found on the infield of baseball and softball diamonds. This trait, combined with the fact that Cerceris does not sting for defense, makes for an exceptional biosurveillance opportunity. The wasp hunts by capturing insects in the Buprestidae family, which includes the emerald ash borer, and lardering their underground nests with their stunned prey. Indeed, one of the species that Cerceris now feeds on is emerald ash borer. Even though they don't eat enough ash borers to act as an effective biocontrol, Cerceris does drop some of its prey at the entrance to its nests, which creates a great opportunity for volunteers to collect samples to confirm the presence of emerald ash borer. Now it its third year, the Cerceris project aspires to collect as many insect samples as possible.

The benefits of this wasp's behavior don't stop with emerald ash borer. The Cerceris project also offers a method for detecting other invasive Buprestidae beetles that entomologists don't think are yet in Wisconsin. These beetles include the gold spotted oak borer, oak splendor beetle and European oak borer. Through collection of insect samples, the Cerceris project will gather valuable information on the emergence and distribution of multiple species.

The Cerceris biosurveillance project starts once again in early July and runs for approximately two months, depending on one's location in Wisconsin. Volunteers are needed to visit baseball and softball diamonds on a weekly or semi-weekly basis and collect discarded beetles from the entrances of Cerceris wasp nests. A Cerceris wasp next is compared to a dime. Wisconsin First Detector Network

Anybody interested in getting involved should email Art Wagner or Mark Renz. Ballfields to monitor will be assigned based on location and distance volunteers are willing to drive. Surveying even one or two fields can save hours of driving time for USDA biologists. In 2014 and 2015, volunteers contributed approximately as many insect samples as a full-time USDA field biologist, and organizers are looking to expand the effort this summer.