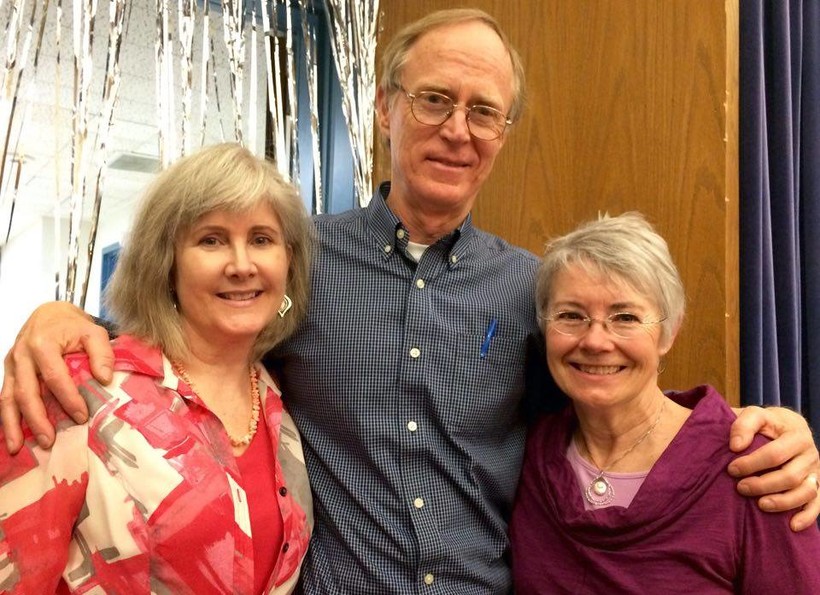 Celebrating The 25th Anniversary Of 'The Midday'

Two And A Half Decades With Host Norman Gilliland
By Chali Pittman
Share:

"The Midday" celebrated its 25th anniversary in April of 2016. Norman Gilliland gives a brief history of hosting two and a half decades of this WPR classical staple.

How did "The Midday" come about? What was the first broadcast like?

Back around 1990, there was a desire on the part of WPR management to bring up the listenership over the noon hour. We used to run "Chapter a Day" for half an hour and a miscellany of other things for the other half hour, and then it went to jazz for a few hours, and then "All Things Considered" in the early evening. So there was music and talk interspersed throughout the day. That created a typical public radio tentpole — a few hours with sagging listenership — between "Morning Edition" and "All Things Considered," and the desire was to bring that listenership up and make the programming more consistently musical.

I was Music Director at the time, and so I had hosted from 9 to 11 in the morning, and classical music host Vicki Nonn had her show from 1p.m. to 3 p.m. So I said what we ought to do is create a show where we overlap in a short-format lunchtime show that was a little more interactive. I think I first got the idea to cohost "The Midday" when we cohosted this big waltz party in Milwaukee in early 1990.

Well, we had what we called a Viennese dance, in order to promote classical music on WHAD at night, which was a new phenomenon at the time. We had Viennese pastries and the Milwaukee Chamber Orchestra played Strauss waltzes. We had some dance instructors from the Milwaukee area demonstrate the dances to give the guests some idea, and we ended up having a really good turnout for that. Vicki and I had also cohosted something else in the spring of 1990 in Green Bay, which reinforced the idea to cohost a lunchtime show with her. So we ended up doing that.

Within the first couple of months, we had the idea to have a quiz question to make the show more interactive. We initially gave the prize to the first caller, and then one of them said "Why don’t you make it a drawing out of a hat instead?" And we said "Good idea!" So we’ve been doing it that way ever since. We cohosted together for 18 years.

And then she left?

Well, Vicki left in 2008. Stephanie Elkins came on in the summer of 2008, and she was on for a couple of years, and then she left to pursue other shows at WPR.

So you haven’t been doing the show by yourself for very long?

No, only for five years or so. But of course, we always hosted solo when the other was on vacation.

What else has changed in 25 years of "The Midday?"

Well of course, the quiz questions can’t be Googleable now, so that’s changed. And they have to be increasingly difficult, because we have more and more people out there who just know how to find information quickly. The other thing is that we’ve gradually ramped up the performer interviews and performances. Really within the past three years we’ve been doing a lot more live music and interviews. I think we’re probably at about saturation point with them now, which is good.

Did you ever expect when you were programming "The Midday" that it that it would last this long?

I never thought about it, to tell you the truth! I just kind of take it one day at a time.

Who have been some of the most memorable guests?

Well actually, one of them was the percussionist Evelynn Glennie. She’s deaf — I think the technical term is profoundly deaf, meaning she can hear some things but it's kind of like a crackle. So in that interview, we had to be sure that I was directly facing her. And then in the spur of the moment, I asked if I gave her some stuff, if she could turn it into a percussion instrument. And so I gave her my car keys, a few coins, a cup and a few other random items, and she did a nice quick riff with it, and that was fun.

And then of course some of those young performers are just dynamite, like the "Final Forte" finalists, and some of the other competition finalists. You also have some of the guest artists themselves, who come to perform with the Madison Symphony Orchestra and Wisconsin Chamber Orchestra.

What is your favorite off-site memory?

That Villa Louis prerecording we just did this month with pianist Christopher Taylor was fantastic.

I definitely like going up to Lawrence University and Wausau to do broadcasts from there.

I did one show in Milwaukee where I interviewed George Takei. That was wild! I think he was in town to perform a kind of narrative poem with the Milwaukee Symphony Orchestra. I had done another show or two from WHAD-Delafield before that, so I kind of knew the board, but of course this was a different studio that I’d never been in. So I’m sitting down, looking at a board that I’ve never seen before, and George on the side so the sight lines were a little weird. I’ve never actually gone back to listen but I have this notion that there was accidently music underneath a lot of that interview ... it was a lot to keep up with! But that was very cool because it was such a maelstrom, and it was fun talking with him and he was very gracious and all that. Yeah, it’d be fun to go back over to Milwaukee and do another live show.

What is the future of "The Midday?" Do you see another 25 years in the future?

Yeah, why not? The format’s so simple — short pieces of classical music, occasional conversation, occasional live performances, all along with the suspense of the quiz question.

It’s great to get to know the performers, which you don’t get to do well in most contexts. It’s really going to be a question of who are those young musicians coming into the field, and also a question of finding more quiz questions that are engaging and keen to the cutting edge. And of course, it takes a village to run the show; you have to have the engineers, you have to have the performers, and for the road shows you have to involve the regional managers. But working with all those entities makes it truly enjoyable.