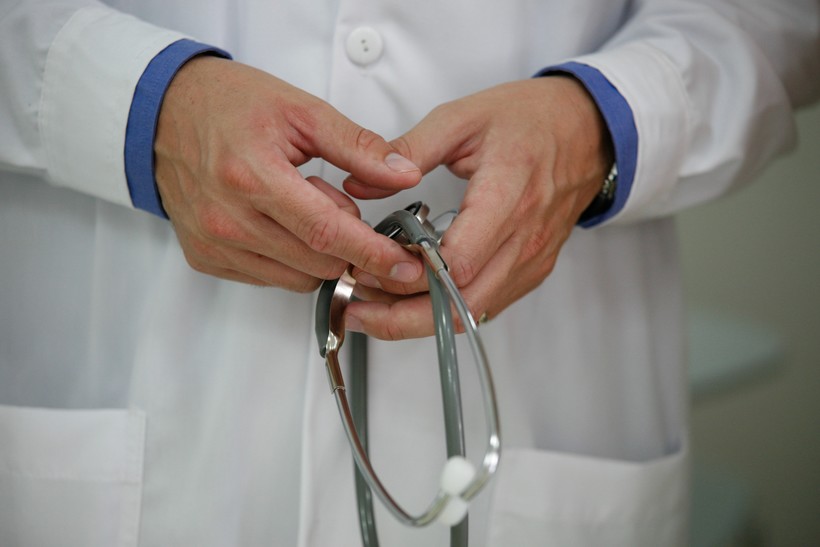 The Case For More Doctors With Disabilities

Gregory Snyder was at the end of his third year of medical school when he broke his back in a hiking accident. He spent the next year in rehab but was left paralyzed from the waist down.

He did a lot of reflecting about the drastic turn his life and career took, and about whether he would even return to medical school.

He did eventually finish his training and is now a physician at Brigham and Women’s Hospital in Boston where he gets around in a wheelchair and is occasionally mistaken for a patient.

While using a wheelchair to stay mobile may have obvious setbacks, Snyder said it has made him more aware of issues facing people with physical disabilities, particularly in the health care field. He said doctors sometimes fail to recognize certain disabilities in people, patients have difficulty accessing proper care, and society has misconceptions of what it means to be living with a disability.

For starters, he looks at himself as being "differently and abled."

"Rather than thinking of myself as a physician with a problem, a limitation, a weakness," Snyder said, "I’ve tried to think more of myself as someone who has an inability to walk and has many more strengths from that inability to walk, including an increased ability to empathize with patients in wheelchairs and elderly patients who have mobility impairments."

In the United States, 53 million adults — or 22 percent — have some type of disability, according to a 2015 Centers for Disease Control and Prevention study. Among practicing physicians, other research puts that number at about 2 percent.

The medical profession, while devoted to caring for the ill, he wrote, needs to do more to meet the needs of those with disabilities:

People with disabilities are less likely to receive routine medical care, including cancer screening, flu vaccines and vision and dental exams. They have higher rates of unaddressed cardiovascular risk factors like obesity, smoking and hypertension.

Compared with nondisabled adults on Medicare, disabled people on Medicare are more than twice as likely to forgo care because of the cost, and three times as likely to have difficulty finding a doctor who can accommodate their needs.

It’s an issue that hits close to home for Khullar because his younger sister was born three months premature and has cerebral palsy. He said she had a hard time moving her legs and uses crutches to get around. She recently graduated from medical school and is training as a radiation oncologist.

As a doctor, Khullar said he sees firsthand the problems facing those with disabilities. Often, they’re not able to get to hospitals and clinics. If they do, they’re treated differently due to the facilities’ hardships in accommodating them, which results in poorer care.

If there were more doctors living with disabilities, Khullar said, medical centers would be physically built in a way that can better serve like patients. He didn’t elaborate on specifics, but said there may be better ways for people with hearing or visual impairments to navigate their environments, for example.

The most important change, Khullar maintained, would be cultural.

Of the 2 percent of physicians who have a disability, Khullar said most of them develop their limitation over the course of their career. That means only a tiny fraction of medical professionals enter medical school with some kind of disability. Part of the reason for that, said Khullar, is they don’t feel like the health care field will accommodate them. However, he noted that, for instance, he has colleagues who are hearing impaired and use amplified stethoscopes — something prospective doctors may not realize.

In addition, he called on medical schools and residencies to make it obvious they comply with the Americans with Disabilities Act, a law prohibiting discrimination against individuals with disabilities in all areas of public life, that they will help with students' accommodations and make more of an effort to reach out to them. Most schools have key information on their websites, but it’s often difficult to find and not always crystal clear.

"Schools should recruit just as they do for other underrepresented minorities," Khullar said. "They should also be out there recruiting people with disabilities."

Khullar wrote that more than two-thirds of Americans over the age of 80 have a motor, sensory or cognitive impairment. In the same New York Times piece, Snyder implied those patients can benefit greatly from doctors who are different and abled.

"I would have been this 6-foot-tall, blond-haired, blue-eyed Caucasian doctor standing at the foot of the bed in a white coat," he said. "Now I’m a guy in a wheelchair sitting right next to my patients. They know I’ve been in that bed just like they have. And I think that means something."