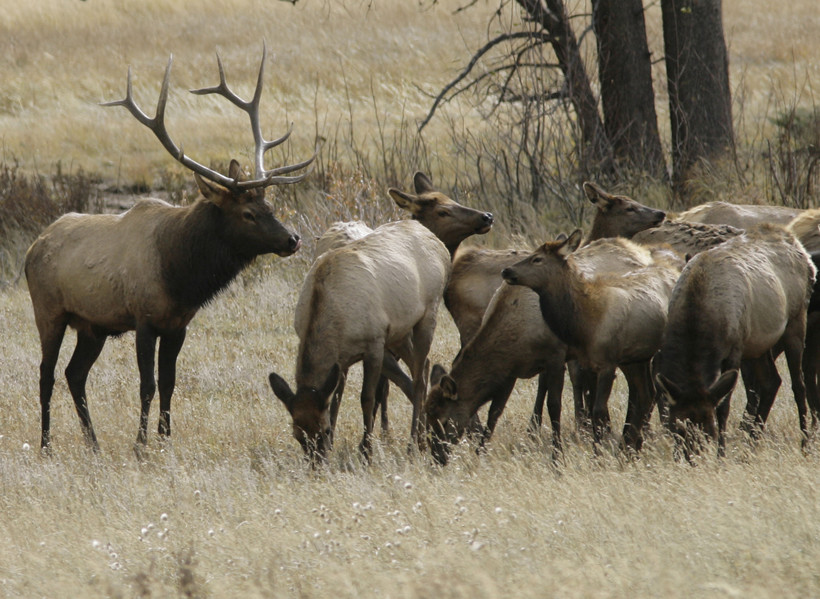 In this Oct. 1, 2006 file photo, a bull elk keeps a watchful eye on a herd of cow elk in Rocky Mountain National Park near Estes Park, Colo. David Zalubowski/AP Photo

The state Department of Agriculture, Trade and Consumer Protection said Monday that test results have confirmed a 6-year-old male elk from the Smoking Gun Elk farm in Burnett County was infected. The animal was euthanized due to an injury and showed no symptoms.

The department has quarantined the farm and the remaining five elk there. The quarantine means no animals can move on or off the property. No elk has left the farm since the herd was formed in 2014.

The farm will keep testing all elk that die to see if the disease has spread. The department is investigating the dead elk's history to determine if other herds were exposed to it.