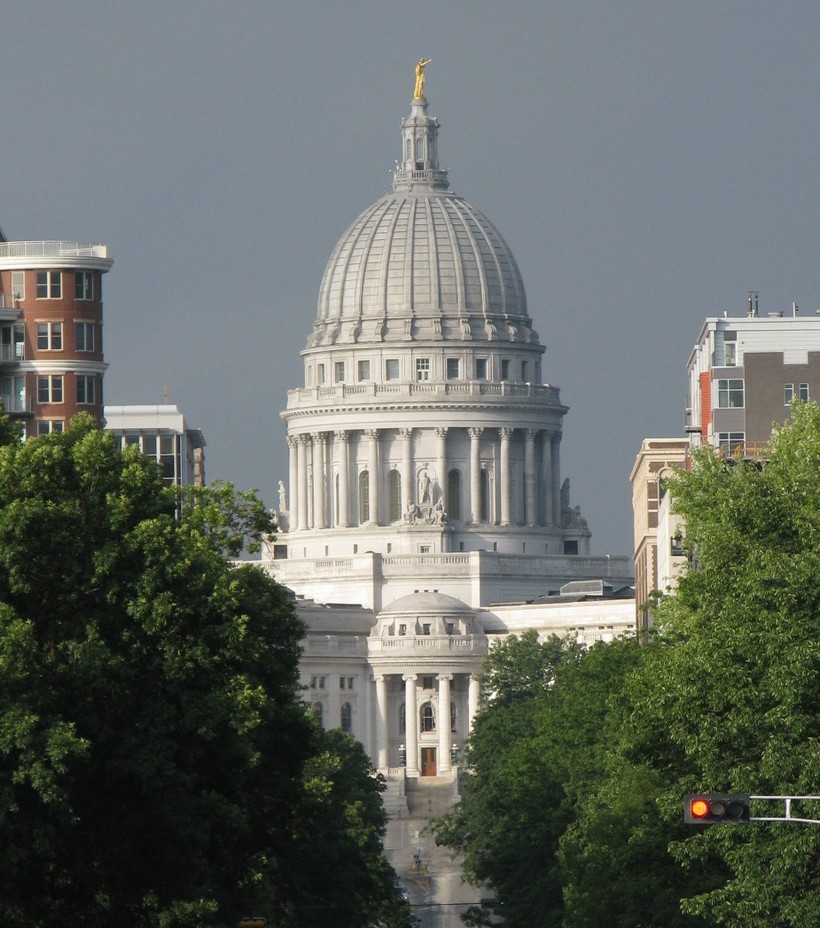 The Capitol Police arrested more protesters today for violating new rules that bar people from carrying signs in the Capitol Rotunda. Civil rights lawyers say they plan to aggressively defend about a dozen protesters who have been arrested since the rules when into effect on Wednesday.

According to the state Department of Administration, Capitol Police arrested and gave $200 citations to seven protesters yesterday after warning them it was illegal to display banners on the first floor of the Rotunda. A DOA news release says the protesters were encroaching on a permitted Red Cross blood drive going on in the capitol sponsored by Muslims for Life, a Milwaukee-based Muslim association. But Victor Forberger of the Madison chapter of the National Lawyers Guild says some protesters were arrested after giving blood .

"A Muslim children's group handed out t-shirts in support of the red cross blood drive two people who received those t-shirts then held them across a railing and they were then cited for illegal signs," he says. "We now have people who were wearing t-shirts who have been cited."

Another protester was arrested today for carrying a sign with a passage from the state constitution on it. The Lawyers Guild is recruiting attorneys to defend the protesters, who plan to challenge their citations. Forberger says it appears the police have been specially-trained for these arrests, and are arresting people who have been protesting daily in the capitol for months.

"What seems to be clear from the pattern is Capitol Police are targeting known activists."

Police have asked organizers of the the daily 12 noon Solidarity sing-a-long in the Rotunda to apply for a permit, but so far the group the group that has gathered there each day since March of 2011 has declined to do so, claiming the permit requirement violates their free speech rights.