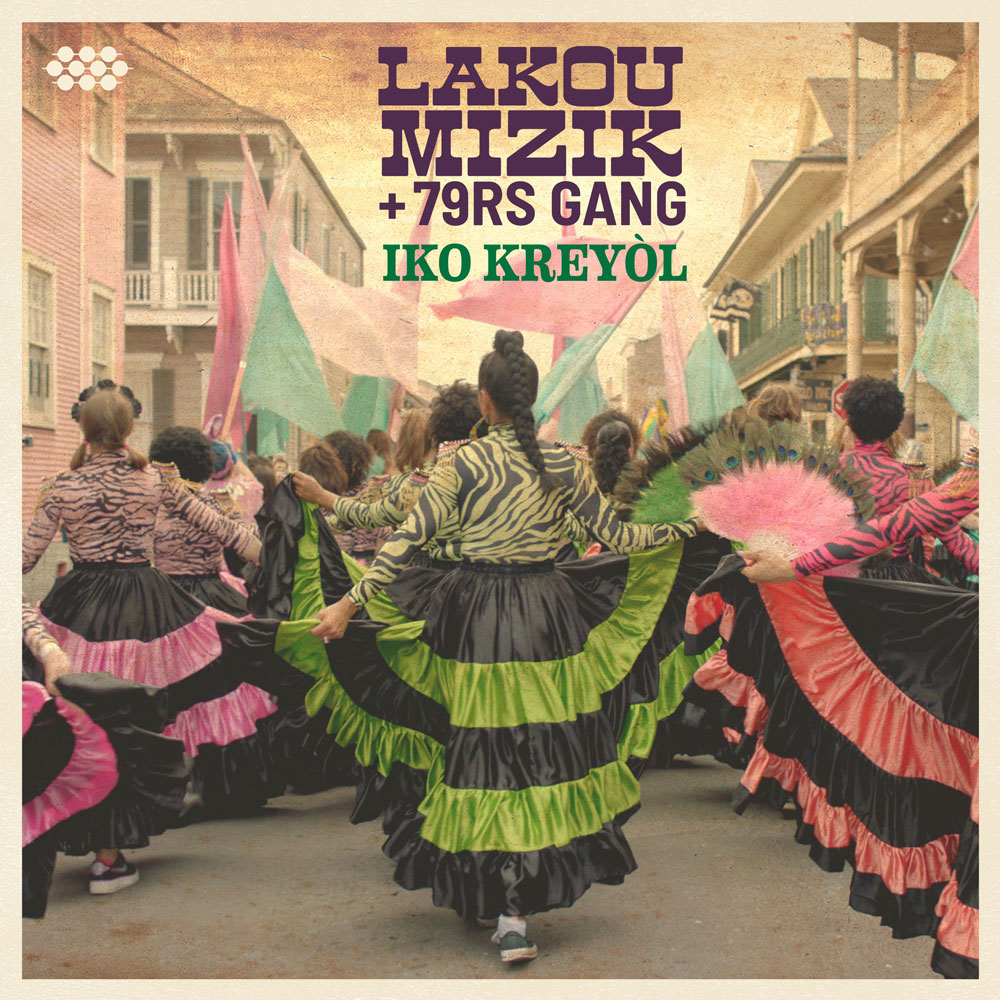 From Cumbancha Records: "The first single from the upcoming Lakou Mizik album HaitiaNola, “Iko Kreyòl” is a reclamation of the New Orleans classic “Iko Iko,” a standard Mardi Gras chant that many historians believe descended from Haitian folklore. In their retelling, Lakou Mizik and 79rs Gang Mardi Gras Indian band trade off new verses in Haitian Kreyòl and English that celebrate the epic cultural reunion of Haiti and New Orleans. The glory and connection of these cultures are on full display as the traditional Haitian rara horns mix with the New Orleans second line swagger of the legendary Preservation Hall Jazz Band. By the end, the song winds its way back to its original homeland, Haiti".