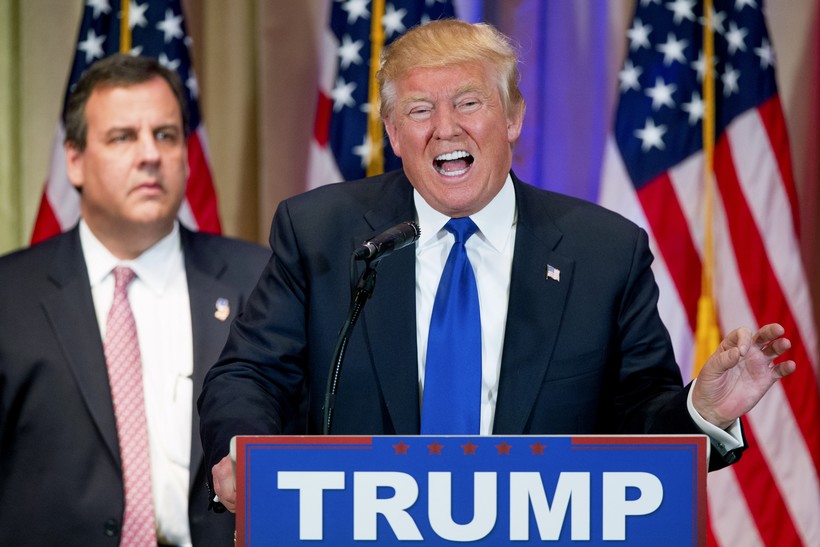 Can The GOP Establishment Stop Trump After Super Tuesday Supremacy?

Election Analysts Say Billionaire's Nomination Is Not A Sure Thing, At Least Not Yet
By KP Whaley
Share:

Donald Trump was the clear GOP winner of the Super Tuesday primary elections this week, claiming six states while his closest competitors, U.S. Sens. Ted Cruz of Texas and Marco Rubio of Florida, won three and one respectively. But some election analysts caution that Trump's early dominance doesn’t necessarily mean he has a clear path toward his party's presidential nomination.

Oren Cass, a former policy director of Mitt Romney’s presidential campaign said there are still two tracks within the Republican Party aimed at stopping Trump from getting his name on the GOP's ticket in November.

Cass said one is focused on the strategic approach in stopping him — keeping many candidates on the ballot or trying to consolidate around a single candidate.  The other is focused on finding what approach in attacking him will work best.

"For many months, everyone assumed that if we just exposed his positions, if we explain that he’s not conservative, voters will turn against him," Cass said. "That turned out not to be a very effective message at all."

Before polls closed Tuesday, party leaders publicly condemned Trump’s ambivalence around the controversy of former Ku Klux Klan leader David Duke’s endorsement. Cass said focusing more on Trump’s persona and attacking his character might be the most effective strategy at preventing him from being the nominee.

But Molly Ball, political staff writer for The Atlantic is not sure that strategy will work. She said Trump's supporters like that he expresses disdain for all things "politically correct" and that he doesn’t care who he offends.

"He’s willing to say things that are wildly offensive," she said regarding his many comments directed at women, Muslims, Mexicans and others.

"People have this feeling that they are somehow being silenced by the prevailing culture, that they’re walking on eggshells and that anything they say is going to be offensive to somebody," Ball said. "They like that Trump will say whatever is on his mind and if people get offended, he just sort of doubles down on it. I think people find that liberating."

Ball said that going to a contested convention and trying to wrest the nomination away from him might be the only hope for the Republican establishment, yet doing so might ruin the Republican Party and disenfranchise Trump’s supporters.

"The (dilemma) that a lot of Republicans and conservatives are going through is realizing that there was this big swath of working class white-resentment that no politician was really speaking to until Trump came along and (he) has activated these people," she said.

"We have expanded the Republican Party," Trump boasted in his victory speech Tuesday. His campaign, Ball said, has revealed an undercurrent of modern politics that had really gone unacknowledged before:

"There’s a lot of people on the right who don’t like Republican Party and sort of rejoice in the fact that Trump is disrupting it so effectively."