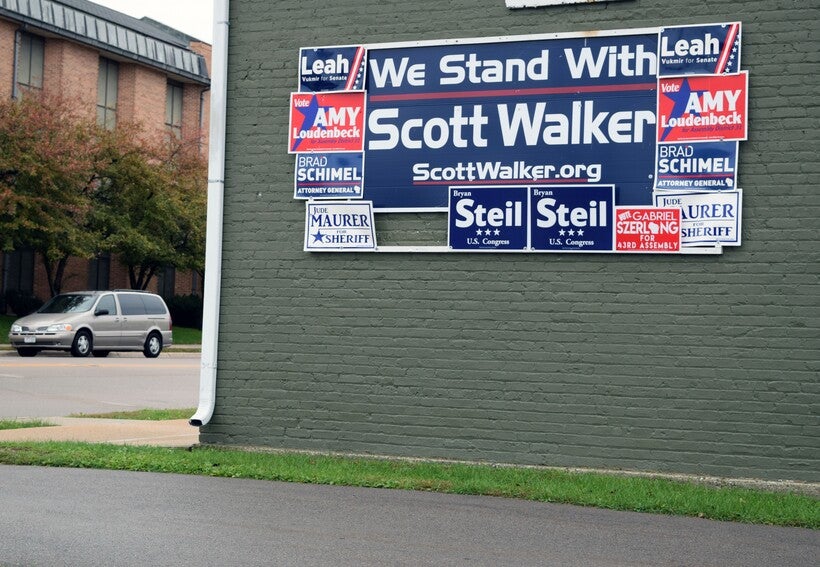 Campaign signs for Republican candidates up for election in November on the side of an empty building in downtown Janesville, Wisconsin on Sunday, Oct. 7, 2018. Andrea Anderson/WPR

A review by the group Wisconsin Democracy Campaign found that Walker and outside backers invested roughly $58 million into the former governor's failed attempt at a third term. The Wisconsin State Journal reported that Evers and outside groups put about $35 million into the campaign that ended in his victory.

Rothschild expects the 2022 race for governor to top $100 million.